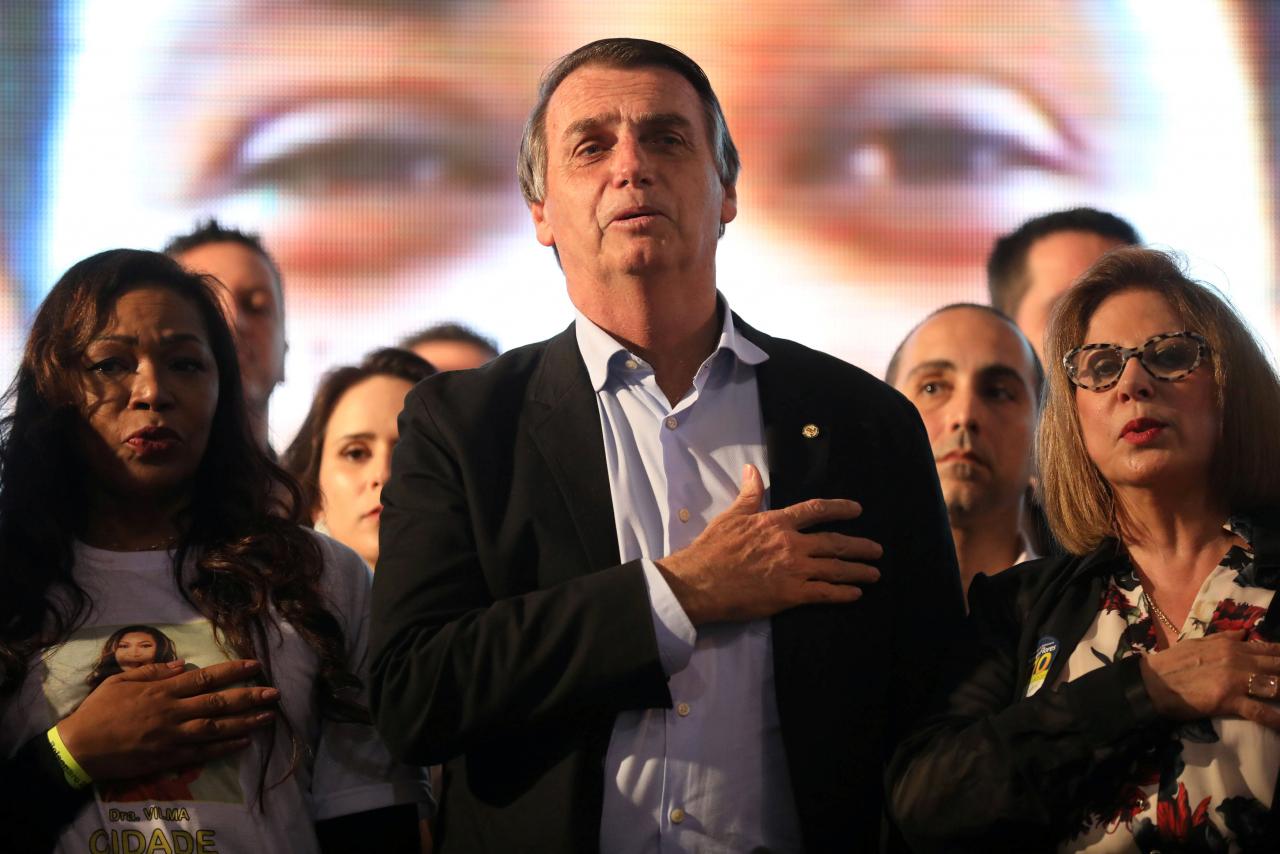 BRASILIA (Reuters) - Far-right presidential candidate Jair Bolsonaro, a former Army officer who admires Brazil’s 1964-1985 military dictatorship, said that he will not accept the result of next month’s election if he loses. Bolsonaro, a lawmaker whose running mate is a retired general, is leading the race for the Oct. 7 vote, but opinion polls show him likely losing to leftist Workers Party candidate Fernando Haddad in an expected second-round vote. If no one wins a majority of the vote in the first round, a run-off between the two top candidates will be held on Oct. 28. Haddad took over the Workers Party ticket earlier this month from popular jailed former president Luiz Inacio Lula da Silva, who was barred from running due to a corruption conviction. Since then, Haddad has surged in opinion polls and will likely face Bolsonaro in the run-off, in Brazil’s most polarized election since Brazil’s return to democratic government in 1985. Bolsonaro’s running mate, retired General Hamilton Mourão, has said the armed forces should carry out a coup if the country’s judiciary cannot end political corruption. “I cannot speak for the Armed Forces commanders, but from the support I see in the streets, I will not accept an election result that is not my own victory,” Bolsonaro said in an interview with Band TV at a hospital where he is recovering from a near-fatal stabbing three weeks ago. He did not elaborate. Bolsonaro has previously accused the Workers Party of plotting to rig the elections, which some Brazilians have interpreted as a warning intended to encourage a military coup if he did not win. A Datafolha poll released said Haddad has come within six points of Bolsonaro in support for the first round of voting, and would defeat him in a run-off by 45-to-39 percent. Bolsonaro, who has not been able to campaign or participate in presidential debates since he was stabbed in the abdomen, said he intends to resume campaigning on Oct. 12. He dismissed a news report that his ex-wife had accused him of concealing his fortune and stealing from her bank safe. Veja magazine, citing court documents, reported that his second wife had accused him in 2008 in an acrimonious divorce filing of stealing 1 million reais (£191,863.1) in cash and jewellery, and underreporting his assets to electoral authorities. “My former wife herself has denied much of the Veja report,” he said. The ex-wife, Ana Cristina Valle, earlier this week denied a report she had told Brazilian diplomats in 2011 that she fled to Norway after receiving a death threat from him.