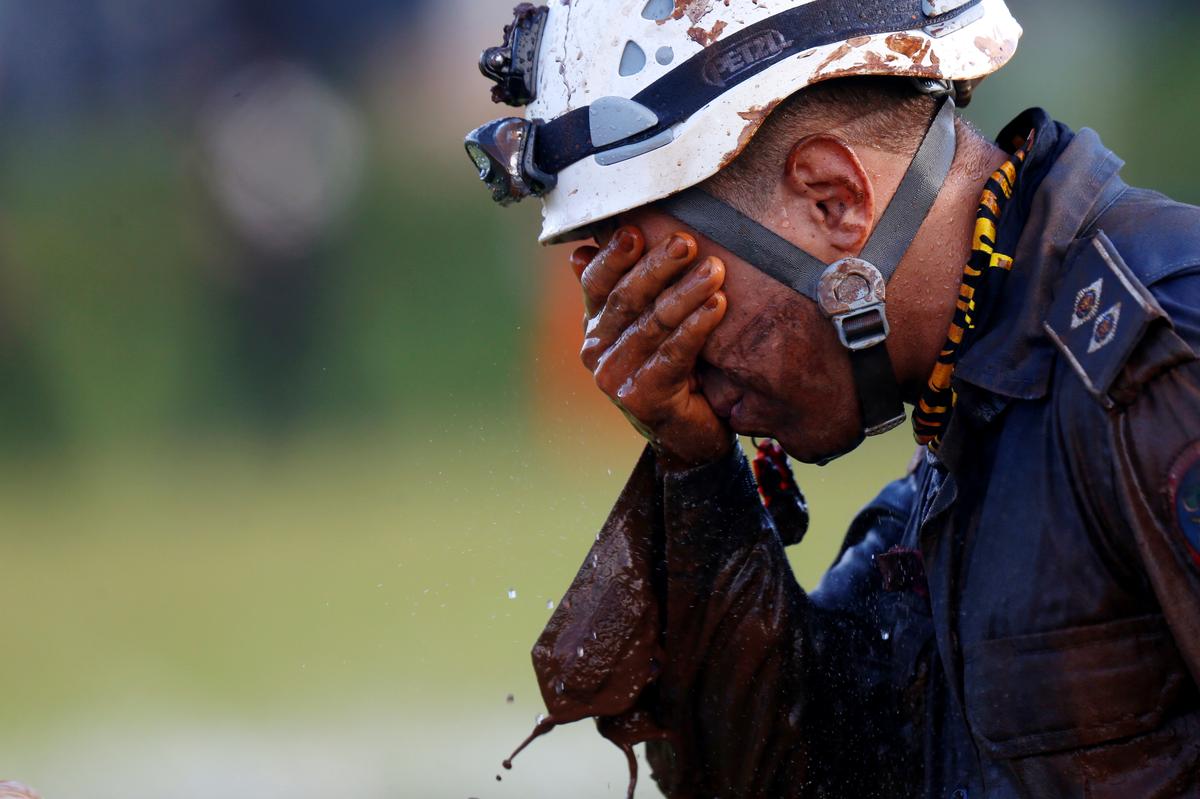 BRUMADINHO, Brazil (Reuters) - Grief over the hundreds of Brazil's feared killed in last week’s mining disaster has quickly hardened into anger as victims’ families and politicians say iron ore miner Vale SA and regulators have learnt nothing from the recent past.
By Monday, firefighters in the state of Minas Gerais had confirmed 60 people dead in Friday’s disaster, in which a tailings dam broke sending a torrent of sludge into the miner’s offices and the town of Brumadinho. Nearly 300 other people are unaccounted for, and officials said it was unlikely that any would be found alive. Shares of Vale, the world’s largest iron ore and nickel producer, plummeted 21.5 percent in Monday trading on the Sao Paulo stock exchange, erasing $16 billion (12.2 billion pounds) in market cap. Brazil’s top prosecutor, Raquel Dodge, said the company should be held strongly responsible and criminally prosecuted. Executives could also be personally held responsible, she said. Brazil’s Vice President Hamilton Mourao, who is acting president since Monday morning when Jair Bolsonaro underwent surgery, also said the government needs to punish those responsible for the dam disaster. In a tweet, Brazilian Senator Renan Calheiros asked Justice Minister Sergio Moro “how many people should die before federal police changes Vale management, before key evidence disappears.” Moro is a previous judge in charge of Brazil’s largest-ever corruption probe. One of Vale’s lawyers, Sergio Bermudes, told newspaper Folha de S Paulo that the executives should not leave the company and that Calheiros was trying to profit politically from the tragedy. Vale Chief Executive Fabio Schvartsman said during a visit to Brumadinho on Sunday that facilities there were built to code and equipment had shown the dam was stable two weeks earlier. The disaster at the Corrego do Feijao mine occurred less than four years after a dam collapsed at a nearby mine run by Samarco Mineracao SA, a joint venture by Vale and BHP Billiton, killing 19 and filling a major river with toxic sludge. While the 2015 Samarco disaster dumped about five times more mining waste, Friday’s dam break was far deadlier, as the wall of mud hit Vale’s local offices, including a crowded cafeteria, and tore through a populated area downhill. “The cafeteria was in a risky area,” Renato Simao de Oliveiras, 32, said while searching for his twin brother, a Vale employee, at an emergency response station. “Just to save money, even if it meant losing the little guy... These businessmen, they only think about themselves.” As search efforts continued on Monday, firefighters laid down wood planks to cross a sea of sludge that is hundreds of meters wide in places, to reach a bus in search of bodies inside. Villagers discovered the bus as they tried to rescue a nearby cow stuck in the mud. Longtime resident Ademir Rogerio cried as he surveyed the mud where Vale’s facilities once stood on the edge of town. “The world is over for us,” he said. “Vale is the top mining company in the world. If this could happen here, imagine what would happen if it were a smaller miner.” Nestor José de Mury said he lost his nephew and coworkers in the mud. “I’ve never seen anything like it, it killed everyone,” he said.

The board of Vale, which has raised its dividends over the last year, suspended all shareholder payouts and executive bonuses late on Sunday, as the disaster put its corporate strategy under scrutiny. “I’m not a mining technician. I followed the technicians’ advice and you see what happened. It didn’t work,” Vale CEO Schvartsman said in a TV interview. “We are 100 percent within all the standards, and that didn’t do it.” Many wondered if the state of Minas Gerais, named for the mining industry that has shaped its landscape for centuries, should have higher standards. “There are safe ways of mining,” said Joao Vitor Xavier, head of the mining and energy commission in the state assembly. “It’s just that it diminishes profit margins, so they prefer to do things the cheaper way – and put lives at risk.” Reaction to the disaster could threaten the plans of Brazil’s newly inaugurated president to relax restrictions on the mining industry, including proposals to open up indigenous reservations and large swaths of the Amazon jungle for mining. Mines and Energy Minister Bento Albuquerque proposed in an interview late on Sunday with newspaper O Estado de S. Paulo that the law should be changed to assign responsibility in cases such as Brumadinho to the people responsible for certifying the safety of mining dams. “Current law does not prevent disasters like the one we saw on Brumadinho”, he said. “The model for verifying the state of mining dams will have to be reconsidered. The model isn’t good.” The ministry did not immediately respond to questions about the interview. German auditor TUV SUD said on Saturday it inspected the dam in September and found all to be in order.