Brazil's next president to struggle for base in Congress 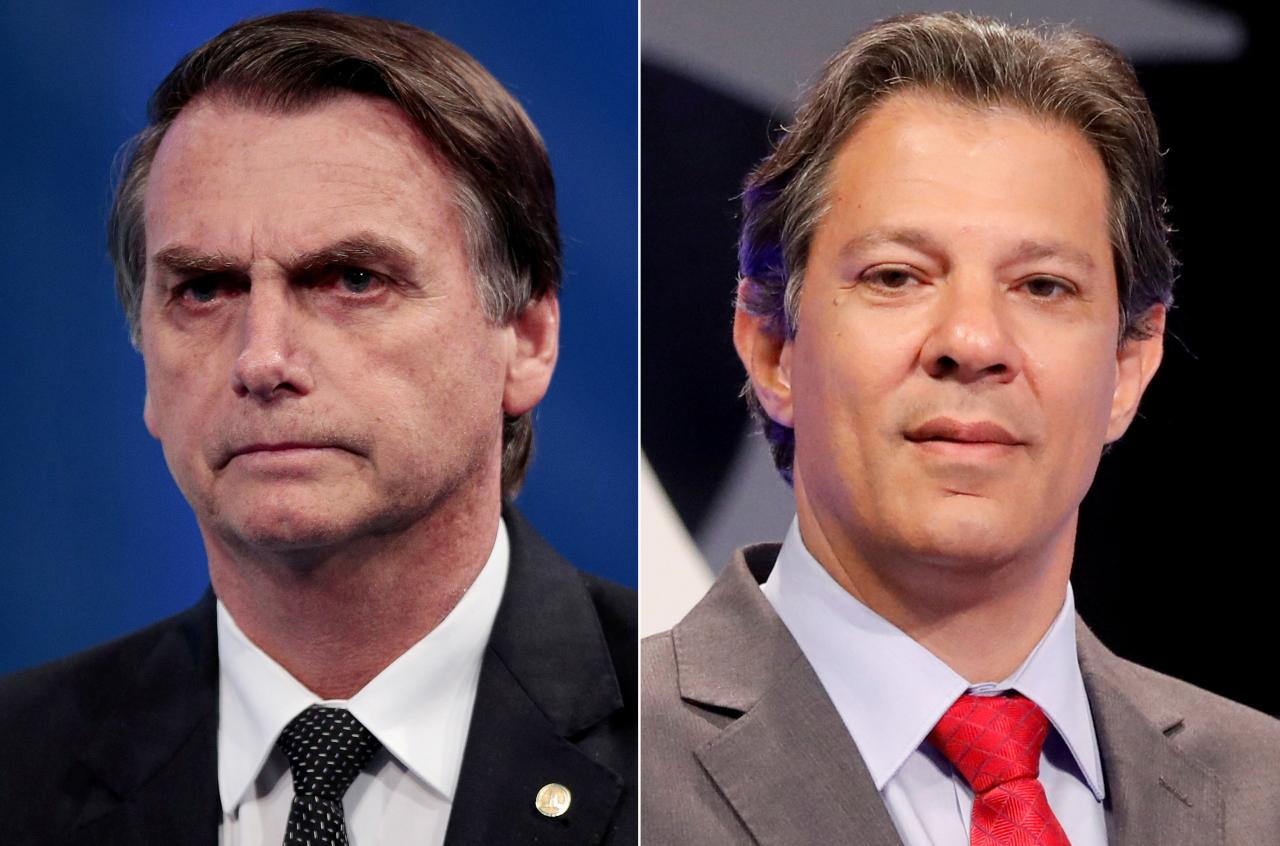 Brazil's next president to struggle for base in Congress

BRASILIA (Reuters) - Whoever wins Brazil’s presidential race this month will inherit a fiscal straight jacket and a drifting economy in urgent need of repair - but will have no governing coalition in Congress to pass reforms.
On Sunday, Brazilians will vote for the president, all 513 members of the lower house of Congress, and two-thirds of the 81-member Senate. The next president, who will take the helm on Jan. 1, will have to hit the ground running on the economic agenda, as the economy revives from its deepest recession in decades and a long-delayed overhaul of Brazil’s costly pension system looms. “The situation is critical. The economy is in a tailspin that everyone is interested in pulling out. Companies are losing money and workers are losing jobs,” said Danilo Gennari, head of government relations firm Distrito. But making major changes will require the kind of congressional deal-making and alliances with which both lead candidates could struggle. The front-runner ahead of Sunday’s vote, far-right candidate Jair Bolsonaro, has cried foul at the horse-trading of Brazilian politics, where presidents use patronage and pork barrel politics to form working alliances in Congress. Should he win, the right-winger will have no choice but to negotiate with Congress in order to govern, however. Bolsonaro’s tiny Social Liberal Party (PSL) has only one ally, which is even smaller. Between them, they can hope to elect at most 20 members of the lower chamber. On the left, Workers Party candidate Fernando Haddad lies second in the polls, thanks largely to the popularity of jailed former president Luiz Inacio Lula da Silva, the party’s founder. Haddad will likely face Bolsonaro in a run-off on Oct. 28, which polls show either could win. Haddad, who for now can count on only one coalition member, the miniscule Communist Party, may face a daunting task trying to rebuild the coalition in Congress that helped the Workers Party govern Brazil for 13 of the last 15 years. Those alliances exploded during the impeachment of Lula’s successor, Dilma Rousseff, amid Brazil’s biggest-ever corruption scandal. As a result, although the Workers Party should control some 50 seats in the lower house, Haddad will find it harder than Bolsonaro to build further backing, analysts said. “Haddad will face a more difficult task because he would probably not have the full support of the centre parties nor the (current ruling party) MDB,” said David Fleischer, professor emeritus of political science at the University of Brasilia. The centre bloc, nicknamed the “centrão” or “big centre,” has held sway in Congress for years and flexed its muscles when ramming through Rousseff’s impeachment in 2016. Center parties could win 170 seats on Sunday and they will most likely vote on Bolsonaro’s side of the aisle. If the MDB follows suit, Fleischer believes the fiery lawmaker running on a law-and-order and anti-corruption platform could forge a workable majority. The centrist PSDB, a traditional Workers Party rival, may also back some of Bolsonaro’s proposals. Bolsonaro’s rage at the traditional give-and-take of Brasilia politics sounds like little more than campaign rhetoric, Fleischer said. BIBLE, BULLETS AND BEEF A good starting point for an eventual Bolsonaro coalition will be the powerful farm lobby that endorsed his candidacy this week. The Parliamentary Agricultural Front (FPA) holds more than a third of the lower house and a quarter of Senate seats. Farmers in Brazil’s booming soy belt back Bolsonaro because he plans to ease gun laws and encourages landowners to defend themselves from rising crime in rural areas. Most of the Evangelical Christian caucus in Congress already backs Bolsonaro for his strident defence of family values and his vows to block the legalization of abortion, gay marriage and drugs. “The farmers will vote blindly for him. He can rally the agricultural, evangelical and gun lobby members to press their party leaders to form a coalition,” said Gennari. One of the first tests of congressional relations may be a request by the incoming president to raise the budget deficit target for 2019 to give leeway for spending on projects to stoke the economy. Approval for privatising state companies to close the budget gap, as Bolsonaro’s economic team has suggested, could also be a key trial. Most political leaders are well aware of the gravity of the fiscal crisis and some form of pension reform should get the votes to pass, said Cristiano Noronha, vice president of Arko Advice consultancy. “I’m moderately optimistic. One candidate could propose a more aggressive plan, the other a lighter one, but they both see the need for reform,” Noronha said.