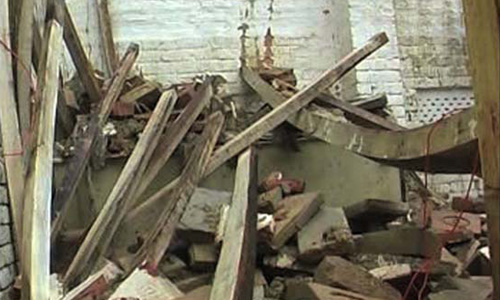 FAISALABAD - Roofs of two class rooms in a government school in Faisalabad collapsed in the early hours of Monday, 92 News reported. The students who were present in the assemble-hall for the morning assemble remained safe in the incident, however their bags and school furniture has been buried under the debris. Continuous rainfall has been marked by several other accidents across the Punjab and KPK, with more than six people across Punjab alone in the past 24 hours.