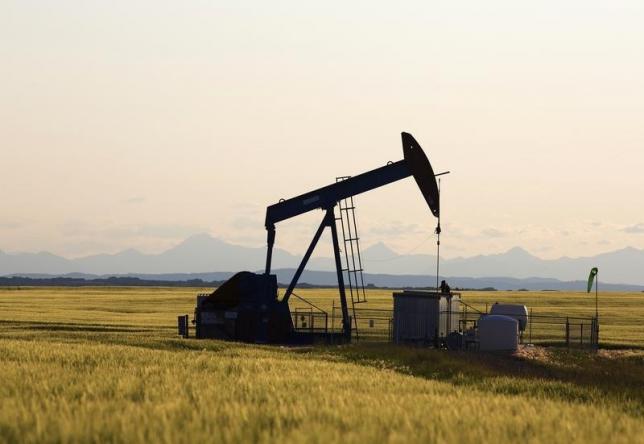 SINGAPORE - Brent crude oil hit 2015 highs above $63 per barrel on Thursday after a rally of more than 5 percent the previous session and analysts said more price rises were likely despite market oversupply. Front-month Brent crude futures LCOc1 rose above $63 a barrel for the first time this year on Wednesday, although they had dipped back to $62.96 by 0413 GMT on Thursday. US crude CLc1 was at $56.23 after hitting a 2015 high of $56.69 on Wednesday. "We turn extremely bullish on oil after yesterday’s 5 percent rally in crude prices," Singapore-based energy brokerage Phillips Futures said. "This whole rally was primarily due to drops in US crude production. We see the 4-week average for crude production turning negative for the first time since July '14," it added. Reuters technical analyst Wang Tao said in the Global Oil Forum that Brent could rise towards $70 a barrel in the near term, but that a sharp downturn could happen after that. Oil prices jumped on Wednesday after US inventories built up more slowly than expected and talks between major oil producers this week triggered speculation of production cuts, although most analysts said these were currently unlikely. Additionally, data showed that US crude inventories rose less than expected last week, although hitting a record level for a 14th consecutive week, to 483.69 million barrels. Despite the dip on Thursday morning, crude prices have risen around 15 percent since the beginning of April and are back to levels reached in February, which marked the 2015 highs. Yet analysts said the market remained oversupplied largely due to high production. "The recent bounce comes despite a surge in OPEC crude oil production in March which is likely to have been sustained in April," ANZ bank said on Thursday. The International Energy Agency said on Wednesday that world oil markets may take longer to tighten than expected due to a surge in OPEC supply and a potential rise inIranian exports, even as demand strengthens. Energy consultancy Wood Mackenzie said the "low oil price leads to exploration budget cuts averaging 30 percent across the industry in 2015", but added that exploration cost deflation would average 33 percent, presenting an opportunity for strong explorers to increase drilling. - Reuters