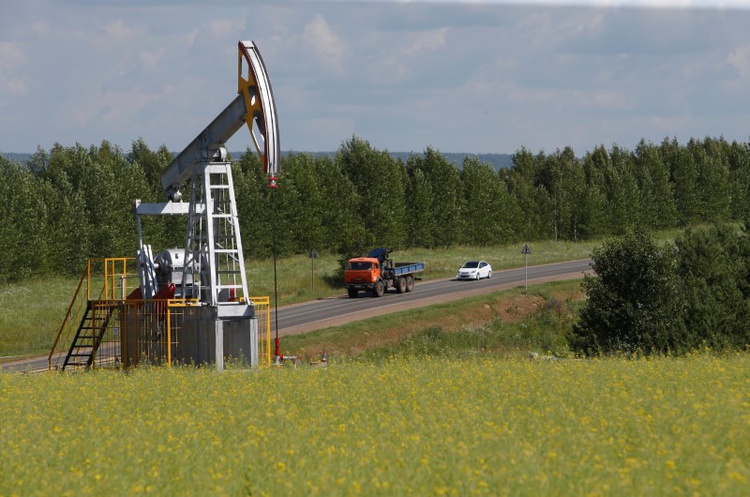 TOKYO (Reuters) - Brent oil prices extended declines on Friday, as Saudi Arabia and Russia, architects of a producer deal to cut output, indicated ahead of a key OPEC meeting in Vienna next week that production could rise. Brent crude LCOc1 was down 17 cents, or 0.2 percent, at $75.77 a barrel by 0222 GMT, after settling down 80 cents the session before. US West Texas Intermediate crude CLc1 was up 2 cents at $66.91 a barrel, having settled up 25 cents. It touched a two-week high of $67.16. Brent and WTI hit 3-1/2-year highs in May, but have since drifted lower as US crude production rises and as the Organization of the Petroleum Exporting Countries, Russia and other allies look poised to increase output in their meeting in the Austrian capital on June 22-23. Russian Energy Minister Alexander Novak said after talks with Saudi Energy Minister Khalid al-Falih in Moscow that both nations “in principle” supported the gradual exit from the deal. “We in general support this ... but specifics we will discuss with the ministers in a week,” Novak said, adding that one option would involve gradually hiking output by 1.5 million bpd, possibly starting from July 1. Saudi Arabia’s Falih did not offer specific guidance on what any deal in Vienna could look like. But he said: “We will see where we go, but I think we’ll come to an agreement that satisfies, most importantly, the market.” Many analysts expect a rise in output from the meeting. “The shape of the deal is far from certain yet given the Russians seem to want a more aggressive wind back than most of OPEC,” Greg McKenna, chief market strategist at futures brokerage AxiTrader, said in a note. “My guess is the increase will be something less than the 1 million bpd (barrels per day) that the US is supposed to have asked the Saudis for.” Saudi Crown Prince Mohammed bin Salman told Russian President Vladimir Putin that Saudi Arabia wants to continue cooperation with Russia on global oil markets. Meanwhile, oil got some support after attacks shut major Libyan oil ports , slashing production by 240,000 barrels per day. South Korea’s Iranian crude oil imports fell in May to their lowest since January, 2016 as South Korean buyers sought to reduce purchases of Iranian oil amid new US sanctions on Iran.