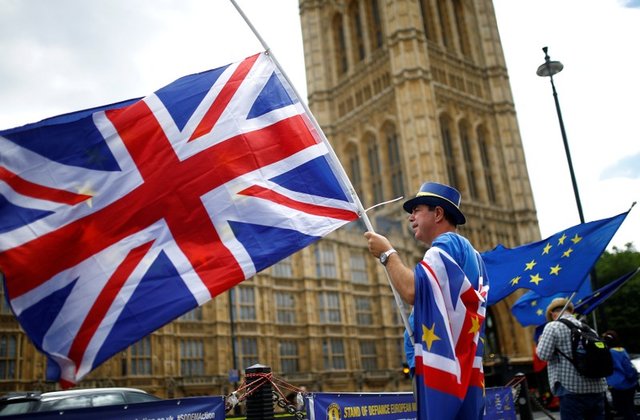 EDINBURGH (Reuters) - Britain’s draft deal to leave the European Union is the best available solution to safeguard the economy and start to reunite a divided country, Chancellor Philip Hammond said on Saturday. Prime Minister Theresa May is due to meet EU leaders on Sunday in Brussels to sign off on the Brexit deal although objections from Spain over Gibraltar could yet derail the plans. Even if it is approved, May faces a tough battle to get the deal through the British parliament in the face of objections from some of her own Conservative Party lawmakers and allies in Northern Ireland’s Democratic Unionist Party (DUP). “This deal is a way of Britain leaving the European Union ... with minimum negative impact on our economy,” Hammond told the BBC. “The only thing that is holding the economy back at the moment is uncertainty about our relationship with the European Union,” he added. “If we were to leave the EU without a deal I have no doubt that the consequences for the economy would be very serious indeed, very disruptive and very negative for jobs, for prosperity in the future.” Hammond, who met DUP leader Arlene Foster on Friday, defended the agreement as good for a country where divisions have been exposed by the June 2016 EU referendum. “Remaining in the EU after a clear referendum decision to leave EU would be utterly debilitating to our politics, it would completely undermine confidence in the political system and leave large numbers of people feeling betrayed,” he said. “We also have to look at the political healing process, bringing our country back together, because (...) countries that are disunited and divided are not successful countries.”