Brexit hit to UK industry would slow GDP growth by 0.5 percent a year 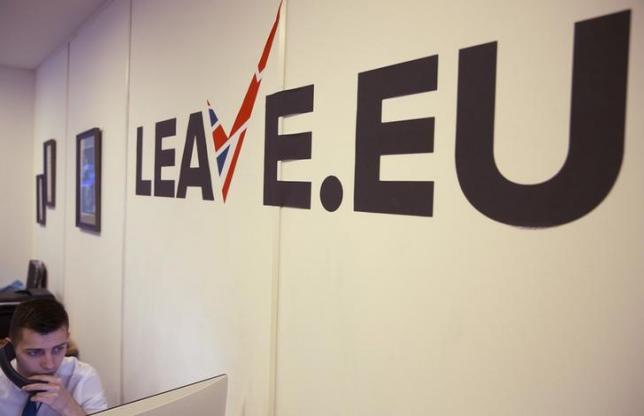 Brexit hit to UK industry would slow GDP growth by 0.5 percent a year

LONDON - Reduced trade and weaker industrial productivity could slow Britain's economic growth by 0.5 percent a year for the next 15 years if it leaves the European Union, a European engineering association said on Tuesday.

The report published by Brussels-based CEEMET, an umbrella group which represents 200,000 manufacturers across Europe, gives one of the most pessimistic forecasts of the impact of a possible 'Brexit'.

Prime Minister David Cameron wants to reach a deal later this week with EU leaders on reforms to the European Union, which he will put to Britons in a referendum expected to be held in late June. Several recent opinion polls have shown a small but growing lead for those who want to leave.

Leaving could reduce British economic output by more than 7 percent over the next 15 years, Frederic Gonand, a professor at the University of Paris-Dauphine, said in the CEEMET report. "The impact could be even greater as the analysis focuses on the industrial sector and doesn't take into account the impact in the UK financial and wider services sector," Gonand wrote.

Services make up about 80 percent of Britain's economy. French bank Societe Generale estimated that leaving the EU could reduce British economic growth by 0.5-1.0 percent a year over 10 years -- a sizeable amount relative to Britain's historic growth rate of just over 2 percent a year.

Other banks have forecast a bigger short-run impact but have not given a longer-term view. Gonand based his estimate on academic research on the role trade barriers play in reducing foreign investment and competition. "The academic review ... is a cause for concern," the chief executive of British manufacturers' association EEF, Terry Scuoler said.

On Monday the head of the Confederation of British Industry said most of the firms she had spoken to recently had started to make contingency plans for a 'Brexit', though business investment was not yet affected. -Reuters