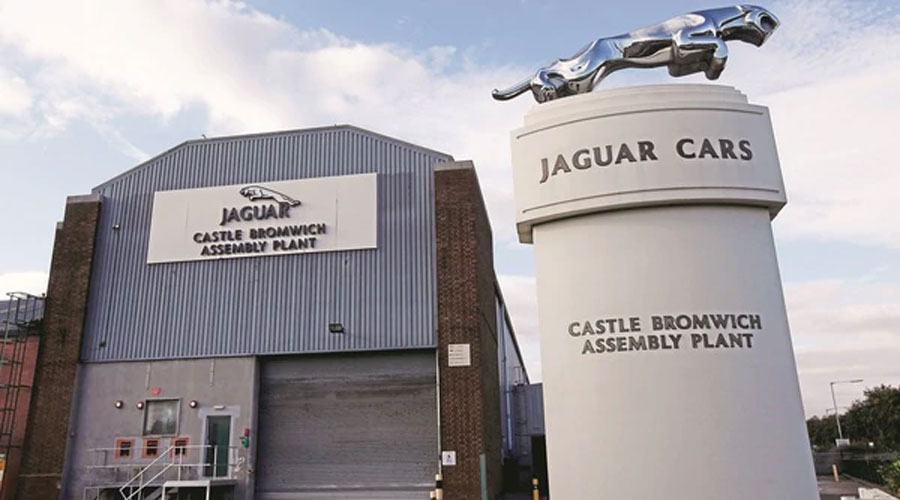 GAYDON, England (Reuters) - Britain’s biggest carmaker, Jaguar Land Rover, will halt production at its British factories for a week in November, its boss said on Thursday, joining BMW and Toyota in plans to help mitigate any immediate disruption from a no-deal Brexit. The industry, Britain’s biggest exporter of goods, has been vocal about its concerns that a disorderly departure from the European Union could disrupt the flow of components and vehicles, ruining production processes and damaging the viability of factories. Prime Minister Boris Johnson has vowed to take Britain out of the EU, with or without an exit deal, on Oct. 31. However, it remains unclear whether that will actually happen or if Brexit will be delayed, put back to a referendum or even cancelled. Chief Executive Ralf Speth said that Jaguar Land Rover (JLR)had to make plans now, including a stop to production at its four British factories during the first week of November. “We cannot think about it, we just have to do it,” he told reporters at an event in Gaydon, central England, to mark the opening of a new advanced product creation centre. “I need 20 million parts a day and that means I have to make commitments to my suppliers, I have to have every and each part available and I have to have it just in time,” he said. The move will affect the firm’s three car factories, which built just under a third of Britain’s 1.5 million cars last year, and its engine facility in Wolverhampton. Japanese carmarker Toyota said in August it would not build cars at its British factory on Nov. 1 while BMW will halt production at its Oxford plant on Oct. 31 and Nov. 1. Speth said JLR would also change shift patterns at its Halewood factory near Liverpool leading to a cut in output due to the “cyclical challenge” facing the car industry, which has prompted profit warnings and forecast cuts at a number of firms. Speth, who has led JLR for nearly a decade, has taken the company through a rapid expansion overseas but more recently the firm has posted losses due to a slowdown in China and a hit to diesel sales, particularly in Europe. Speth’s current term at JLR is due to end next year, a source previously told Reuters. Speth said he was still enjoying his time at the carmaker. “I started here in 2010 and all my predecessors only survived for two years or so,” he said. “Working for this iconic and authentic brand is a lot of fun, so as long as it’s fun, it’s just wonderful to be there.”