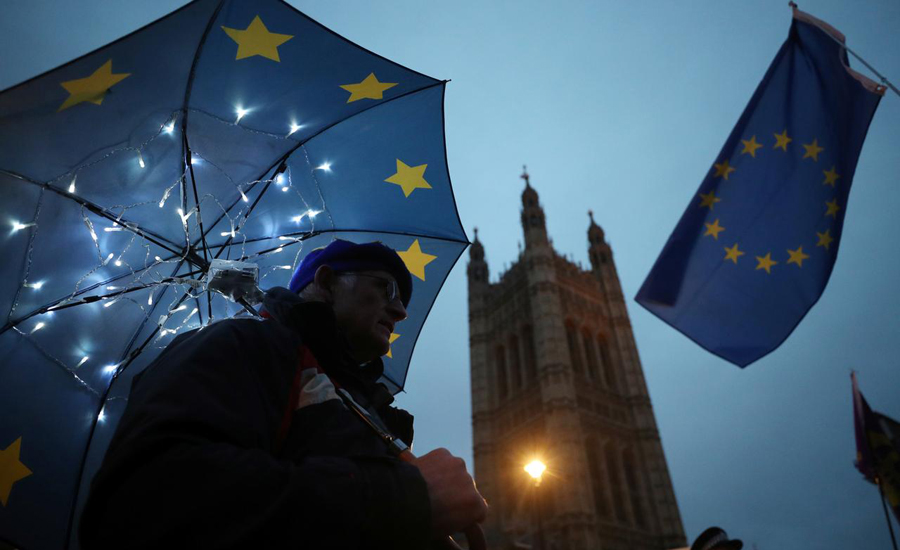 LONDON (Reuters) - The 2016 Brexit vote spurred British companies into increasing investment in European Union countries sharply, likely at the expense of spending at home, an academic study showed on Monday. The referendum result led to a 12 percent increase in foreign direct investment transactions from Britain into the EU between mid-2016 and September 2018, researchers from the London School of Economics’ Center for Economic Performance said. That translated into an increase of around 8.3 billion pounds (10.7 billion), concentrated entirely in the services industry. Although the authors could not be certain if this would have otherwise been spent in Britain, they cited business survey evidence and media reports that suggested spending often took place at the expense of British. Conversely, the research pointed to an 11 percent drop in investment transactions from the EU into Britain, worth around 3.5 billion pounds. “The data show that Brexit has made the UK a less attractive place to invest,” said Thomas Sampson, one of the report’s authors. “Lower investment hurts the economy and means that UK workers are going to miss out on new job opportunities.” London and Brussels are arguing over whether a deal clinched in November can be changed, raising the possibility of either a delay to Brexit, a last-minute deal or a no-deal exit. Britain voted 52 to 48 percent to leave the EU in a 2016 referendum. Supporters of Brexit point to the fact that widespread forecasts of recession from economists in the aftermath of the June 2016 referendum failed to materialize, and that Britain will be able target trade with faster-growing economies outside the EU. The researchers on Monday said there was scant sign that British firms had upped investment into developed countries outside the EU in preparation for Brexit. Investment into the EU by British manufacturing firms remained little changed by the Brexit vote, the report showed. “This suggests that firms expect Brexit to increase trade barriers by more for services than for manufacturing,” the authors said. Services account for about 80 percent of Britain’s private sector economy. Last week Bank of England Governor Mark Carney said Britain had lost around 1.5 percent of economic output compared with the central bank’s expectation prior to the referendum.