With Brexit in spotlight, London picks up fashion show baton 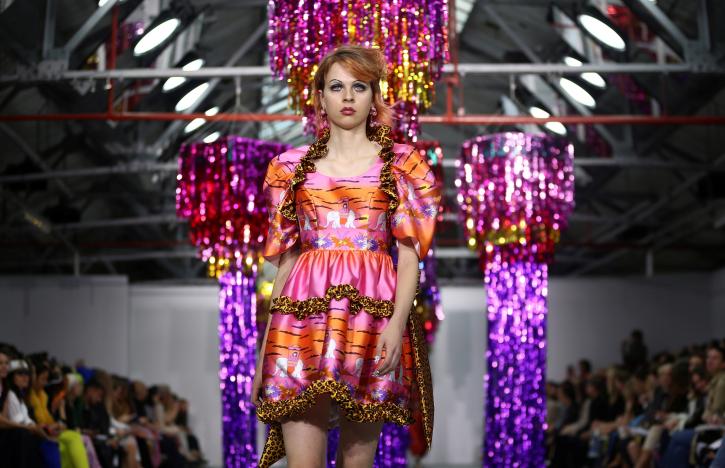 With Brexit in spotlight, London picks up fashion show baton

LONDON – A rainy London kicked off five days of catwalk shows on Friday, with questions over what consequences Brexit may have on Britain's apparel industry looming over fashionistas. Picking up the runway calendar baton from New York, London hosts its first fashion week since Britain's shock vote to leave the European Union, with a mix of luxury and high street labels unveiling their spring/summer 2017 offerings to buyers and magazine editors from around the world. A survey by the British Fashion Council (BFC) ahead of the June referendum showed that more than 90 percent of 290 designers said they wanted to remain in the bloc. "We have a point to prove to our guests that the vote to leave the EU doesn't mean we're going to end our international partnerships and collaborations," BFC Chief Executive Caroline Rush was quoted as saying in London's Evening Standard paper. "People want to know if London feels different. We need to send them a clear message that London is open to outsiders and the UK is a place of business opportunity." According to figures cited by the BFC, Britain's fashion industry contributes some 28 billion pounds to the UK economy, up from 26 billion pounds in 2013. Prime Minister Theresa May kicked off proceedings on Thursday night with a reception for fashion industry insiders at Downing Street. "From our home grown start-ups to international fashion houses – every business in the industry will play a major role in ensuring we make a success of Brexit," she said. "By taking advantage of the opportunities that leaving the EU gives us and playing to our strengths as a great trading nation - we can build a fairer economy that works for all, not just the privileged few." While the September shows have usually been associated with solely womenswear, labels like Burberry will present collections both for women and men this fashion week. Burberry will also offer catwalk items immediately for purchase after its show. Some 83 designers will showcase their lines in London, a city known for nurturing new fashion talent. Among those presenting collections on Friday were Eudon Choi, Teatum Jones and PPQ. –Reuters