Brexit will be tough for European Investment Bank says its chief 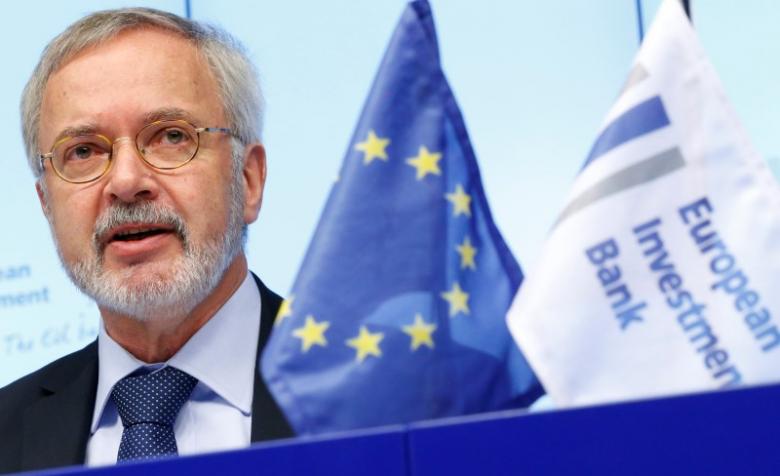 Brexit will be tough for European Investment Bank says its chief

BRUSSELS – Britain's exit from the European Union will create difficulties for the European Investment Bank (EIB), a lender owned by EU governments, the bank's president Werner Hoyer said on Saturday. The EIB [EIB.UL] is also a central tool for an investment program the European Commission estimated would generate 315 billion euros ($354 billion) of investment in the EU and which is set to be expanded. When asked what will happen to the EIB when Britain, which is one of its major shareholders, leaves the EU, Hoyer told reporters in Bratislava: "The United Kingdom is a big and important shareholder of the European Investment Bank and an important member state of the European Union. This is why it will be a difficult process," Hoyer said on entering a meeting of EU finance ministers. "We will have a few years of uncertainty ahead of us during which it won't be clear what will happen to Great Britain and its relation with the European Union. And depending on this is of course the question of what the relation between Britain and the European Investment Bank will be." Of the 243 billion euros of subscribed EIB capital, only 21 billion euros is paid in. The rest is callable, meaning it would only be paid in if necessary. Britain's share of the 21 billion paid-in capital is 16 percent or 3.4 billion euros. When Britain leaves the EU, a process which is to start early next year, it would have to take out this paid-in contribution as only EU member states can be in the EIB unless the EU decides to change its treaties. Britain's exit from the EU - or Brexit - would also remove the callable part of Britain's shareholding in the EIB. But Britain's withdrawal from the EIB might be agreed to be gradual, to ease its immediate impact on the bank, one EU official said. Another option would be that other EU countries might want to make up for Britain's shares to retain the EIB's lending capacity. The issue has not been discussed yet as Brexit negotiations have not officially started, the official said. –Reuters