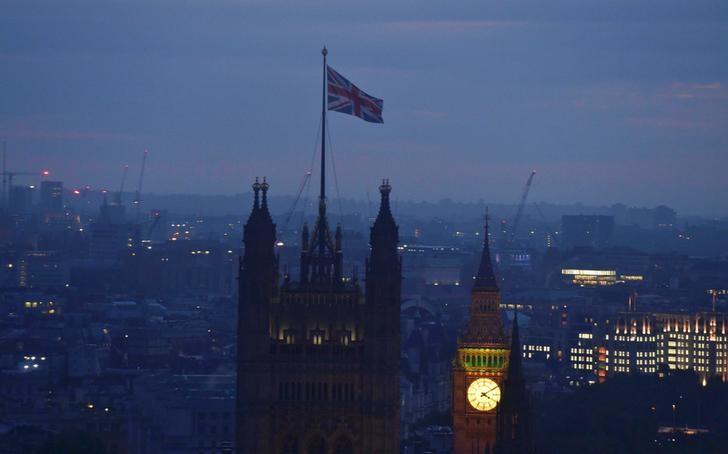 LONDON - Britain avoided a collapse in mergers and acquisitions activity after the shock Brexit vote as foreign companies used sterling's spectacular devaluation against the US dollar to snap up British companies, Thomson Reuters data shows. British M&A totalled $177.5 billion (145 billion pounds) in 2016, down sharply from the record $394.8 billion reached in 2015 - a year when the UK data was skewed by two of three biggest global deals - but was in line with the longer 5-year trend. Total annual mergers and acquisitions values averaged $139.3 billion for the five years to the start of 2015. Britain also retained its place as the third largest M&A market after the United States and China. Behind the headline numbers, there was another clear trend: foreign buyers - such as Rupert Murdoch's Twenty-First Century Fox - shopping with dollars for bargains while domestic UK-to-UK dealmaking fell off sharply. "Brexit should never have been talked up as an Armageddon moment for UK M&A, especially with such a sharp devaluation in the currency which has clearly been a stimulus for overseas buyers," Tim Gee, London-based M&A partner at law firm Baker & McKenzie, told Reuters. "Much of the activity in 2016 was skewed towards foreign buyers with less UK-to-UK activity," Gee said. "Total activity levels were not really knocked that much by Brexit but who was doing the buying did shift - deal values in 2016 are very similar to the historical trend." Inbound M&A was $143.7 billion, again down from 2015 but way above the $85.9 billion annual average for the 5 years to 2015, while domestic M&A was $33.7 billion, down from an average of $53.4 billion over the same period. There were just 1,355 domestic deals - the lowest figure in nearly two decades of Thomson Reuters data. 2015 was a record year for dealmaking involving UK-listed companies thanks to a series of jumbo deals including Anheuser-Busch Inbev's $110.3 billion acquisition of SABMiller and Shell's $53 billion merger with BG Group. BREXIT 'ARMAGEDDON'? The June 23 vote took many investors and chief executives by surprise, triggering the deepest political and financial turmoil in Britain since World War Two and the biggest ever one-day fall in sterling against the dollar. On the day of the vote, sterling traded above $1.50 but is now trading below $1.23 and fell below $1.15 at one point in October. While opponents of leaving the EU had warned that the United Kingdom's economy would stall and investment stop if voters opted to exit, the data since the Brexit vote has shown the economy was resilient. Just a week after Theresa May entered Downing Street to replace David Cameron as British prime minister, Softbank founder Masayoshi Son made a $30.7 billion move for UK-based chip designer ARM Holdings. "I am one of the first people to bet with a big size on the UK after Brexit," Son, who is ranked by Forbes as Japan's second richest man with a $14.9 fortune, told reporters in London at the time. "Talking is easy. I am proving it . . . This is my big bet." The second biggest deal of the year was struck by Murdoch: a $14.6 billion deal to buy European pay-TV firm Sky. People familiar with the matter told Reuters the American media corporation pounced after the Brexit vote sent the pound down against the US dollar and Sky's share price tumbling. "The worst predictions surrounding Brexit and its potential impact on our economy have so far failed to materialize," Derek Shakespeare, co-head of UK M&A at Barclays, told Reuters. "With the weaker pound UK businesses have become 10 to 20 percent cheaper." "But the devil is in the detail: we have several years ahead of us to understand what the trading relationship with the EU will look like. So there’s a degree of caution when looking at transactions in Britain," he said. "BREXIT MEANS BREXIT" Goldman Sachs, the world's top dealmaker, was top again in Britain's league tables, followed by JPMorgan and Lazard which rose to third place in Britain above Deutsche Bank, UBS, Centerview Partners LLC and Morgan Stanley, Thomson Reuters data showed. "Geopolitical events such as Brexit have impacted CEO confidence for deal-making over the first part of the year and through the summer," said Gilberto Pozzi, co-head of global M&A at Goldman Sachs. "We are now seeing a rebound in M&A activity although boards remain quite cautious in reviewing the opportunities and the pros and cons of M&A transactions," Pozzi said. Barclays' Shakespeare said many private equity funds have recently sold assets and cashed out of high multiples thus boosting their ability to raise funds. So what will happen in 2017? Baker & McKenzie's Gee said he expected low levels of activity among financial institutions and basic materials, resources and commodities while M&A hot spots would include technology, innovation and healthcare. "It will be a mildly better performance next year than this years with overall uptick in deal value," Gee said. "There is a limit to how long you can sit on your hands." Prime Minister May, who has repeatedly used the example of Softbank's ARM purchase as evidence that investors are confident in Britain, has promised to trigger formal Brexit talks by the end of March. But May has given few details about what sort of exit deal she will seek to negotiate. "Investment coming into the UK is down amid uncertainty around Brexit and that uncertainty will linger into next year," said Dwayne Lysaght, head of UK M&A at JP Morgan. "That said, I think uncertainty is becoming the new norm, and the fundamentals for dealmaking remain intact," he said. -Reuters