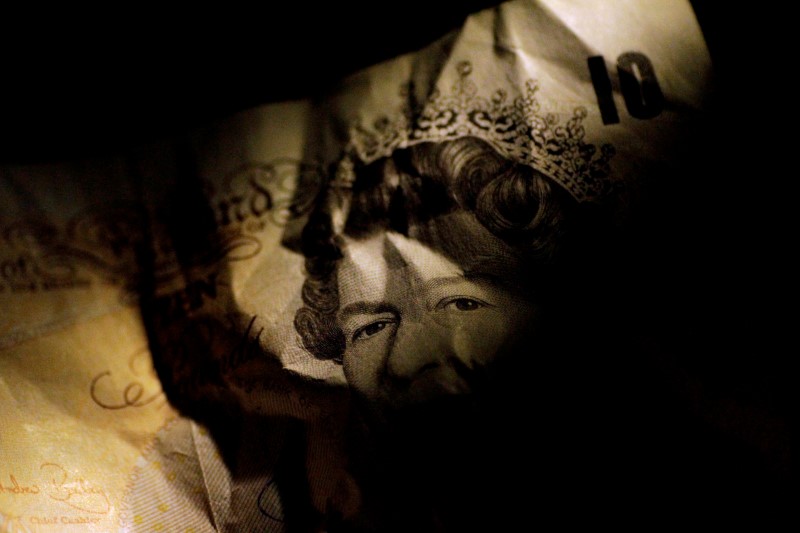 LONDON (Reuters) - Britain’s government recorded a slightly bigger budget deficit than expected in June, although borrowing over the first three months of the financial year has been the lowest since 2007. The deficit in June stood at 5.394 billion pounds, compared with 6.239 billion pounds a year ago, the Office for National Statistics (ONS) said. A Reuters poll of economists had pointed to a reading of 5.0 billion pounds. So far this financial year, the deficit totals 16.8 billion pounds, down 24.4 percent from April-June 2017, though it is rarely possible to get a good steer on full-year borrowing trends after only three months of the financial year. The figures may still cheer finance minister Philip Hammond, however. The deficit stood at 9.9 percent of GDP when Hammond’s predecessor, George Osborne, took power in 2010 and started a multi-year programme of public spending cuts. In March, Britain’s Office for Budget Responsibility (OBR) said it expected the shortfall between how much the government spends and how much it earns from tax revenues to fall this financial year to 37.1 billion pounds, or 1.8 percent of GDP. Since then, Prime Minister Theresa May has promised an extra 20 billion pounds a year in public healthcare funding, phased in over the next five years. Hammond has said he will explain how this will be funded in his autumn budget statement. The OBR has estimated that Brexit will be a net drain on Britain’s public finances, not a benefit. Britain made more progress on improving the public finances last year than the OBR expected because the economy slowed less than feared after the 2016 Brexit referendum shock. Hammond wants a budget surplus by the mid-2020s, in order to cut the national debt faster, as he believes debt as a share of GDP is too high to easily support a big rise in spending during a future deep recession. Public debt, excluding the banks nationalised during the financial crisis, stood at 1.792 trillion pounds, or 85.2 percent of GDP, down from 86.2 percent of gross domestic product in June 2017 but double its level before the crisis. The headline public sector net debt figures are inflated by a temporary Bank of England lending stimulus scheme which is due to be repaid this year - something which makes a near certainty of Hammond’s goal to lower debt as a share of GDP. Stripping out the effect of the BoE scheme, net debt as a share of GDP has generally fallen over the last two years but edged up in June to 76.1 percent from 75.7 percent in May.