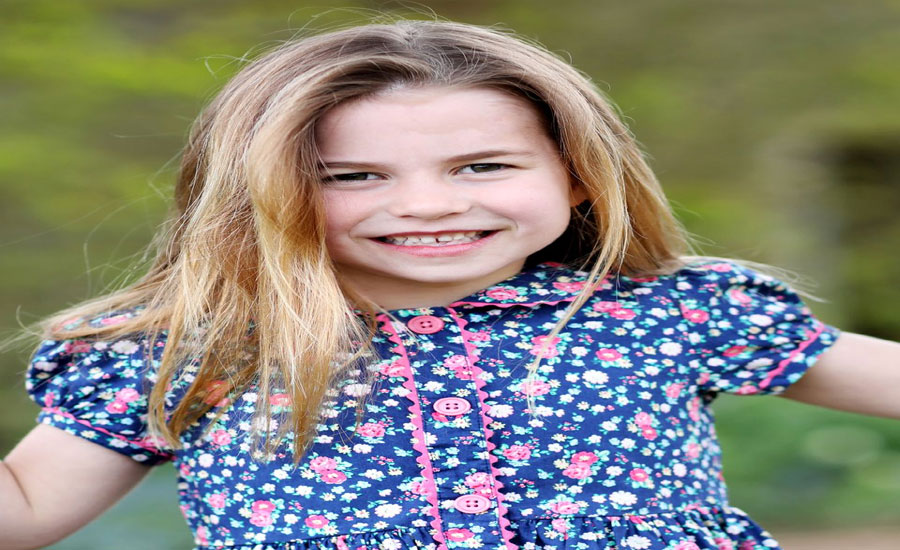 LONDON (Reuters) - Britain's royal family released a photograph on Saturday of a smiling Princess Charlotte, one of Queen Elizabeth's great-grandchildren, the day before the princess celebrates her sixth birthday.

Charlotte is fourth in line to the British throne and is the only daughter of Prince William, Elizabeth's grandson, and his wife Kate, Duchess of Cambridge.

In the picture Charlotte is shown wearing a blue dress with a pink floral pattern and pink buttons, and she stands with her arms stretched out and her hair falling over her shoulders, smiling at the camera.

The photograph was taken by Kate earlier on Saturday in Norfolk, eastern England, where the family currently live.