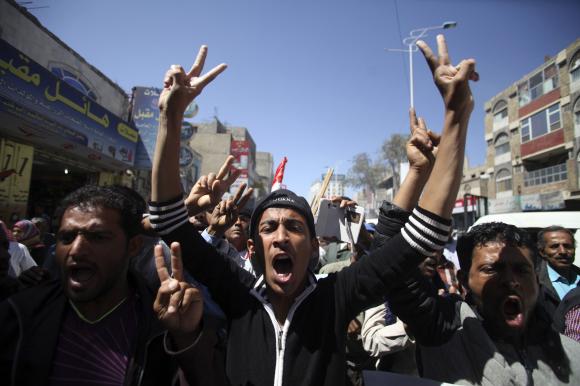 LONDON (Reuters) - Britain has withdrawn staff from its embassy in Yemen and temporarily suspended operations there over security concerns, the Foreign Office said on Wednesday, a day after the United States shut its embassy. "The security situation in Yemen has continued to deteriorate over recent days," Minister for the Middle East Tobias Ellwood said in a statement. State authority in Yemen has unraveled since a Shi'ite Muslim militia formally seized power last week and the Sunni al Qaeda in the Arabian Peninsula (AQAP) group has sworn to destroy it, stoking fears of sectarian civil war. "Our Ambassador and diplomatic staff have left Yemen this morning and will return to the UK," Ellwood said.