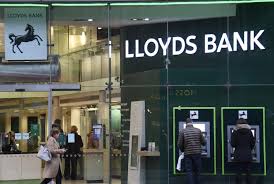 LONDON(Reuters) - Lloyds Banking Group (LLOY.L) has made compensation offers worth 76 million pounds ($100.46 million) to victims of a fraud at its HBOS Reading unit, lawmakers said on Thursday.
170 former directors of companies impacted by the fraud have so far been offered compensation, of whom 134 have accepted, Russel Griggs, who is overseeing the bank’s compensation process, said in a letter published by lawmakers on Thursday. Six people including two former HBOS bankers were jailed last year for a combined 47 years for their role in the fraud, in which the conspirators enriched themselves at the expense of the bank’s business clients. The compensation shows how Lloyds is still suffering from past misconduct, a decade on from the financial crisis and as its Chief Executive Antonio Horta-Osorio attempts to turn investors and customers’ focus from past misdeeds to the bank’s new strategy. “The fraud at HBOS Reading was a shocking crime that destroyed lives and livelihoods,” Nicky Morgan, chair of the cross-party Treasury Committee, said on Thursday. Morgan also called on Linda Dobbs, the retired judge probing whether Lloyds properly investigated the incident after it brought HBOS in 2009, to speed up her inquiry after Dobbs said it would likely take until the end of 2019 to complete. Britain’s Financial Conduct Authority (FCA) is separately conducting a probe into HBOS and what its executives knew of the fraud. The Griggs review has identified a total of 187 individual former directors of companies affected by the HBOS Reading fraud, the letters published on Thursday show, meaning the final compensation figure is likely to be higher as those remaining are made offers.