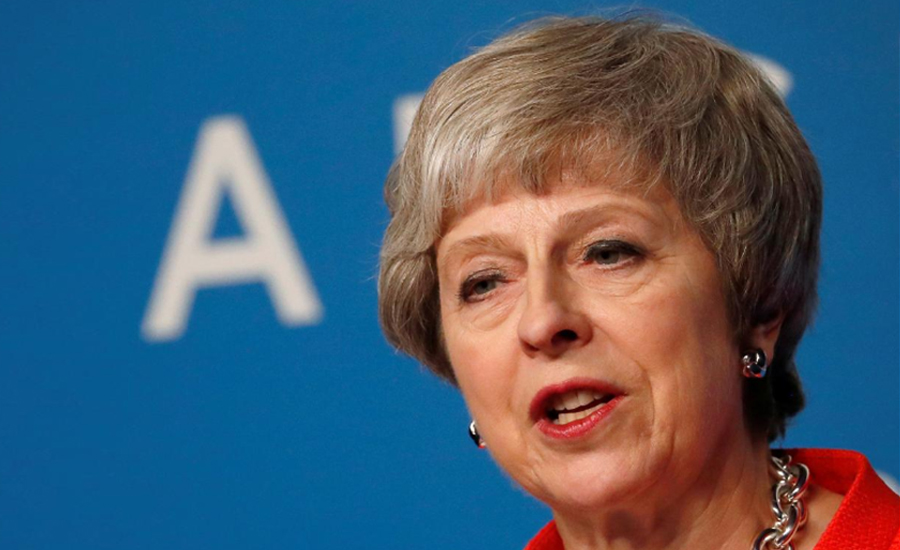 LONDON (Reuters) – Prime Minister Theresa May will urge parliament to back her Brexit deal on Tuesday at the start of a high-stakes five-day debate that could determine her fate and whether Britain leaves the European Union without a deal. May’s plan to keep close ties with the EU after leaving has been criticized by Brexit supporters and opponents alike, leaving her struggling to secure parliament’s approval in a vote that will follow the debate on Dec. 11. If, against the odds, she wins the vote, Britain will leave the EU on March 29 under terms negotiated with Brussels — the country’s biggest shift in trade and foreign policy for more than 40 years. If she loses, May could call for a second vote on the deal. But defeat would increase the chances of Britain leaving without a deal — a prospect that could mean chaos for Britain’s economy and businesses — and put May under fierce pressure to resign.
Defeat could also make it more likely that Britain holds a second referendum, three years after voting narrowly to leave the EU, or lead to Brexit not happening. May, 62, has toured Britain and television studios, spent hours being grilled in parliament and invited lawmakers to her Downing Street residence to try to win over her many critics. But the deal, sealed in Brussels last month, has united critics at both ends of the political spectrum: euroskeptics say it will make Britain a vassal state while EU supporters - expressing the same idea though with different language - say the country will become a rule taker. Her allies in parliament, the Northern Irish Democratic Unionist Party which props up her government, have also rejected the deal and opposition parties say they cannot back it.