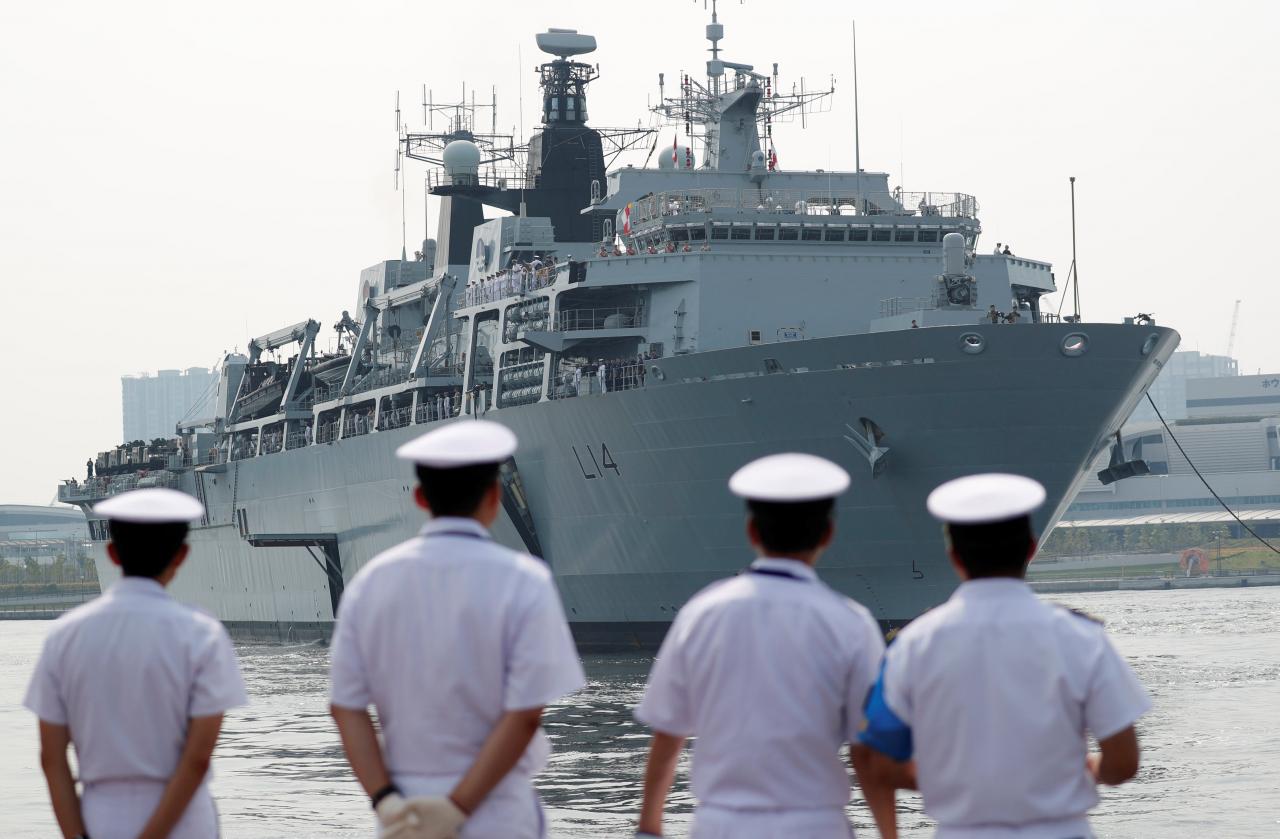 TOKYO (Reuters) - The British Navy’s amphibious assault carrier HMS Albion arrived in Tokyo on Friday extending Britain’s naval presence in waters around Japan to four months as London deepens military ties in a region it considers vital to global security.
The 22,000-tonne warship, the Royal Navy fleet flagship, docked in Tokyo where it will conduct ship tours for the general public, Japanese officials, and defence industry executives. An onboard contingent of around 120 Royal Marines will train with Japanese Self-Defence Force units. As Asia drives global economic growth and Brexit approaches, Britain has sought closer economic ties with the region’s biggest economy, China, but also deeper security ties with Japan. With its ally the United States, Japan represents the strongest check on China’s influence in the region, including its growing control over the contested South China Sea through the construction of island bases on submerged reefs. Japan for its part wants to cooperate more with other potential allies beyond the United States as part of a bigger regional security role. London and Tokyo have been holding regular meetings between their foreign and defence ministers since 2015, and are also discussing cooperation to jointly develop new military kit. At a press briefing before the Albion’s visit to Tokyo, Paul Madden, the British ambassador to Japan, said the backdrop to growing cooperation was “the tensions on the Korean peninsula as well as wider challenges to the rules-based international system”. The Albion was earlier docked at nearby Yokosuka, which is home to the USS Ronald Reagan, the US Seventh Fleet’s carrier, and has patrolled waters around North Korea as part of operations to enforce UN sanctions meant to persuade Pyongyang to abandon its nuclear and missile programmes. The Albion, which replaced the British frigate HMS Sutherland, will hand over to HMS Argyll, another frigate, when it leaves East Asia around the start of next month for naval exercises in the Middle East. Its journey west will take it through the South China Sea, a major waterway for sea-borne global trade that is claimed by China and in part by several Southeast Asian nations.