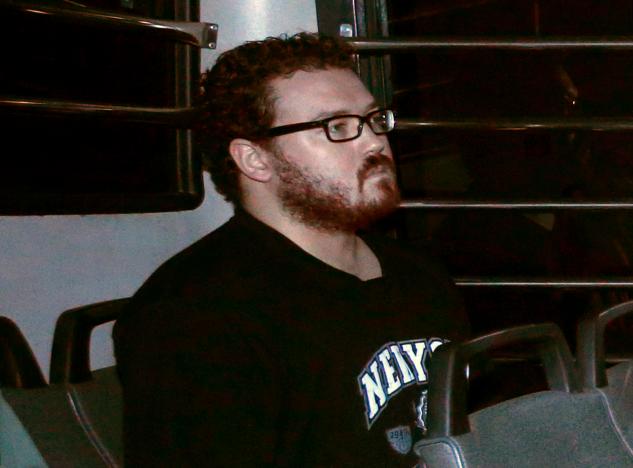 HONG KONG - A British banker was jailed for life on Tuesday for the "sickening" murders of two Indonesian women he tortured in his Hong Kong apartment in what the judge said was one of the most horrifying cases the Chinese-ruled territory has known. Rurik Jutting, 31, a former Bank of America employee, had denied murdering Sumarti Ningsih, 23, and Seneng Mujiasih, 26, in 2014 on the grounds of diminished responsibility due to alcohol and drug abuse and sexual disorders. He had pleaded guilty to the lesser charge of manslaughter in a case that gripped world media due to graphic video footage seen by the jury and the brutality of the killings. The jury unanimously found Jutting guilty of murder and he was sentenced to life in prison. His lawyers have said he will apply to serve his sentence in Britain, the former colonial power in Hong Kong, where prisoners can in some cases apply for parole after a fixed number of years. Judge Michael Stuart-Moore agreed for an application to be filed, but said he would inform the authorities in Britain exactly what they would be dealing with and urged caution against falling for Jutting's "superficial charm". Cambridge-educated Jutting, wearing a blue shirt, looked down and showed no emotion when the verdict was read out in an open courtroom, packed with international and local journalists. It took the jury, made up of four women and five men, around six hours, including a lunch break, to reach its decision. In closing remarks, the judge described Jutting as the "archetypal sexual predator" who represented an extreme danger to women, especially in the sex trade. He cautioned that the possibility of a repeat crime would have been very likely. The murders were even more damning because Jutting had been given every possible material advantage in life from a very privileged upbringing to a great career and immense pay cheque, the judge said. "They are sickening in the extreme and beyond a normal person's imagination... There are insufficient superlatives to describe what he did." In a statement read out by Jutting's lawyer, Tim Owen, Jutting said he was haunted daily by what he had done. "The evil can never be remedied by me, nevertheless... I am so sorry. I am sorry beyond words," Owen said, citing Jutting. Jutting, the grandson of a British policeman in Hong Kong and a local Chinese woman, had argued cocaine and alcohol disorders as well as personality disorders of sexual sadism and narcissism had impaired his ability to control his behaviour. The prosecution rejected this, stating Jutting was able to form judgements and exercise self-control before and after the killings, filming his torture of Ningsih on his iPhone as well hours of footage in which he discussed the murders, binging on cocaine and his graphic sexual fantasies. Jutting exhaled deeply as he walked out of the courtroom, flanked by three police guards. -Reuters