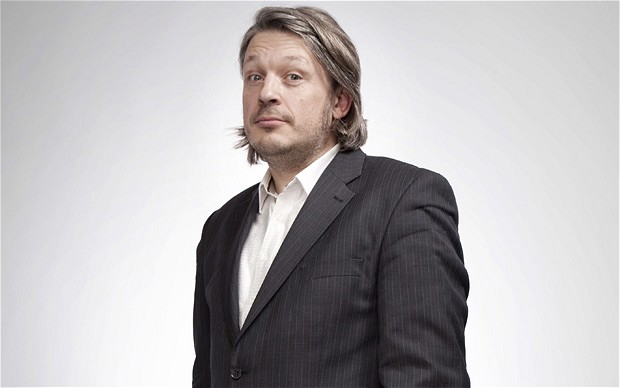 LONDON - As thousands of comedians converge on Edinburgh this weekend for the annual Fringe festival, one of its best-known performers will be staying away, avoiding what he says is an annual "whirlwind of paranoia, self-obsession and disappointment". But Richard Herring is not taking a break from the grueling schedule imposed by the Fringe, where comedians jostle for audiences and dream of being spotted by television executives. Instead Herring, who found TV fame in the 1990s with comedy partner Stewart Lee, will be performing, back-to-back, his entire catalog of 11 Edinburgh solo shows, dusting off notebooks that date from 2001. "I think Edinburgh is still an amazing place, for new comedians especially," Herring said of the event where young hopefuls perform in grimy cellar bars for free while big comedy stars charge top prices at the city's plushest theaters. "It makes it very hard for a lot of comedians in the middle who want to put together a more professional show and charge." As the Fringe began on Friday, Herring was in a London theater, trying to remember "Christ on a Bike", musings on religion and atheism that he premiered in the Scottish capital 14 years ago. The next night he will do 2002's "Talking Cock", his response to the "The Vagina Monologues", and, after performing all 11 old shows, he will do a new stand-up set, "Happy Now?", in which the once eternal bachelor looks at the world as a 48-year-old married man with a new baby. The marathon of shows is something that very few comedians could even attempt. "I am in quite an unusual position of having done 11 shows in 11 years ... I have been successful enough to tour and have enough people want to come and see me but not so successful that I have been snatched away somewhere else." REVELATIONS Herring's cult following has been increased by his podcasts, interviews in which he coaxes candid revelations from fellow performers that would be unthinkable in a stage-managed TV chat show. It was on "Richard Herring's Leicester Square Theater Podcast" that actor Stephen Fry first admitted attempting suicide. More recently, journalist Louis Theroux told of his anguish at failing to unmask notorious British pedophile Jimmy Savile, and comic Johnny Vegas recounted how he once defecated on stage as part of an ad lib that went too far. "If it was on TV, I don’t think the guests would talk as openly as they do," said Herring, who only edits the podcasts if the interviewee wants something taken out. "They know I am not a journalist who is going to try to trip them up." -Reuters