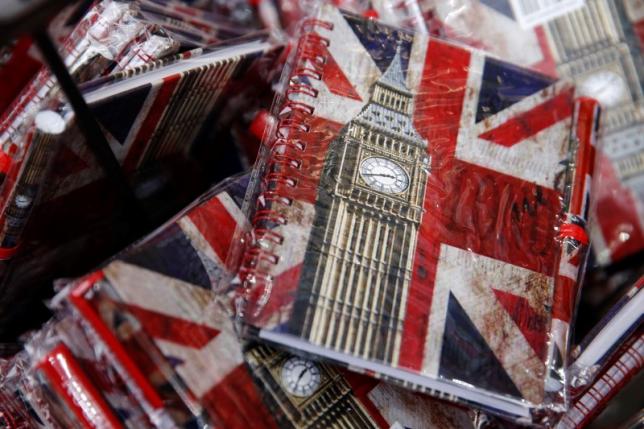 LONDON – The campaign for Britain to leave the EU has been backed by 250 business leaders including the former chief executive of HSBC, the Vote Leave group said on Saturday, hoping to counter the view that UK businesses back staying in the bloc. The camps arguing for and against Britain staying in the European Union ahead of a referendum on British membership on June 23 have both made the economic impact of a 'Brexit' a cornerstone of their campaigns. Last month, the bosses at more than a third of Britain's biggest companies including oil giants Shell RDSA.L and BP (BP.L), and its largest telecoms group BT (BT.L) said leaving the EU would put jobs and investment at risk. On Saturday, Vote Leave, one of the groups supporting a British exit, unveiled its own list of backers including Michael Geoghegan, former Chief Executive of HSBC Group, John Caudwell, founder of Phones4U and Tim Martin, the boss of pubs group JD Wetherspoon (JDW.L). "With our growing list of business supporters, Vote Leave will make that case that whilst the EU might be good for big multinationals, for smaller businesses it acts as a job destruction regulatory machine," Matthew Elliott, Chief Executive of Vote Leave, said. Vote Leave also said it was forming a Business Council to argue that EU membership was holding back business. That group will be headed by John Longworth who quit as director general of the British Chambers of Commerce (BCC) lobbying group after he spoke out in favor of leaving the EU, accusing Prime Minister David Cameron of trying to scare voters into backing his case to stay in the bloc. Meanwhile the Times newspaper reported that hedge funds were planning to use exit polls to make big profits on the day of the referendum. Under electoral law, it is illegal to publish the results of such polls while people are still voting but a private poll could allow traders to exploit moves in the currency market, with sterling expected to rise sharply against the dollar on the back of an "In" vote but decline if Britons vote for an exit. Sterling fell to multi-year lows this week on a perceived rise in the chances of an EU exit, and on companies and fund investors hedging against it, though the currency later steadied. "There is a lot of interest around Brexit, particularly from the big U.S. funds," one unnamed broker told the Times. The odds of a Brexit narrowed on Tuesday as the Brussels bombings were seen boosting the 'Out' campaign. –Reuters