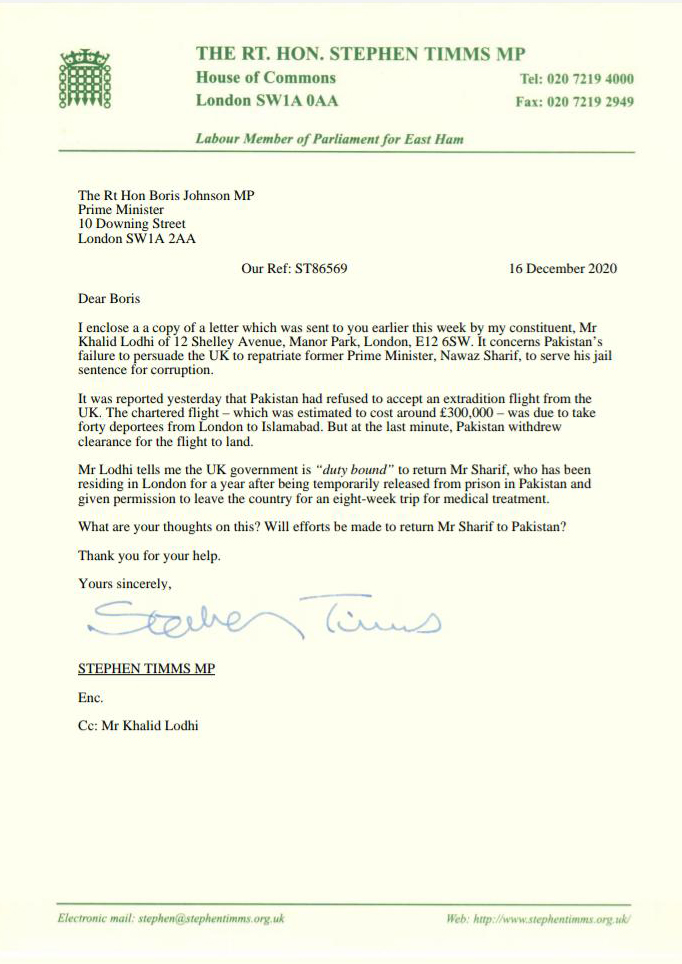 He said that Khalid Lodhi, one of his neighbours, had written a letter to him (Johnson) with regard to the repatriation of Nawaz Sharif.

Khalid Lodhi said that he had written a letter to Secretary of State for the Home Department Priti Patel and the MP of Nawaz Sharif's locality along with Boris Jhonson.