British Open is his best chance of winning another major, Woods says 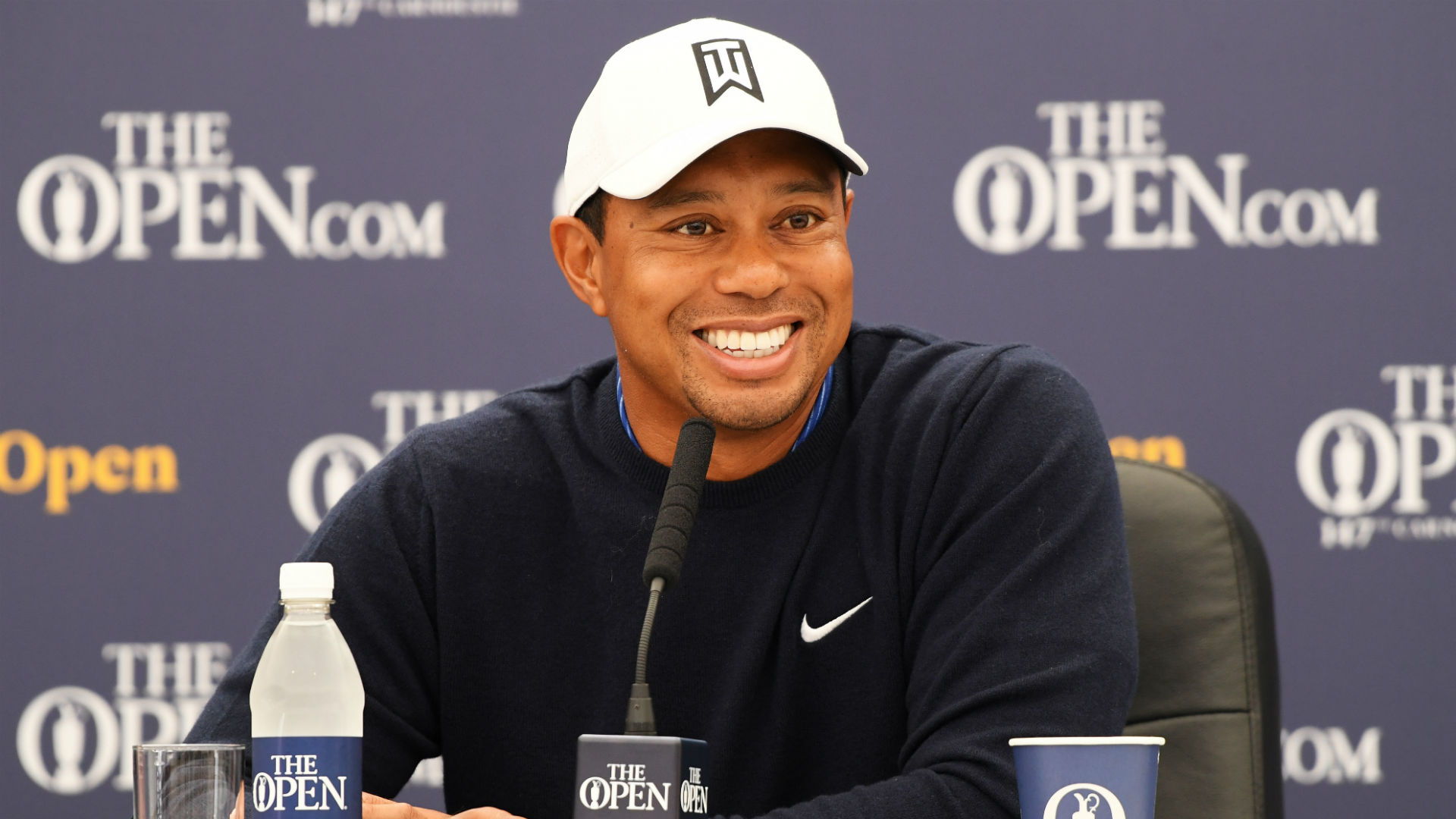 British Open is his best chance of winning another major, Woods says

CARNOUSTIE, Scotland (Reuters) - Tiger Woods says the British Open represents his best chance of winning another major championship, and with some “cleaner golf” this might be the week be breaks his decade-plus major drought.
Golf - The 147th Open Championship - Carnoustie, Britain - July 17, 2018 Tiger Woods of the U.S. during a news conference REUTERS/Jason Cairnduff
Speaking at Carnoustie on Tuesday two days before the championship’s first round, Woods said the Open puts less emphasis on power, a good thing for a golfer entering middle age. “You don’t have to be long to play at a links course,” said the 42-year-old, whose swing speed is still among the fastest on tour, despite his creeping age and major back surgeries. “As far as the long term, certainly I would say yes (it offers the best chance of winning another major). But he knows the clock is ticking and that he won’t always be able to keep up with the young bucks. “The guys who have done well have been wonderful feel players and also wonderful lag putters,” he said, citing Tom Watson, who nearly won the Open at age 59 in 2009, and Greg Norman, who contended at Birkdale the year before at 53. “It (winning in your 50s) certainly can be done. “You get to places like Augusta National (site of the Masters) and it’s just a big ballpark and the course outgrows you, unfortunately. “But links-style golf you can roll the ball, so distance becomes a moot point. Creativity plays such an important role.” Woods will use a new two-iron this week to plot his way around Carnoustie, which remains rock hard and parched, despite a spot of light rain that fell while he was talking to the media. Unless a deluge comes, however, even a two-iron will hardly be needed off the tee, he says, as the ball keeps rolling so far. “I’m not going to hit many long clubs off the tees,” he said. “There’s just not a lot of opportunities to hit driver, because the ball is going to be rolling 80 yards. It’s just hard to keep the ball in play, even something hitting four- and five-irons.” The Open will be Woods’ 12th tournament of the year in his comeback from a spinal fusion 15 months ago, and his return has been a work in progress, sometimes two steps forward and one step back. He has contended a handful of times, most recently three weeks ago at the National outside Washington, where he flirted with contention before finishing fourth, albeit against a pretty weak field by PGA Tour standards. So is this the week he could secure his 15th major title? “Each tournament I keep feeling a little bit better because I’m starting to play some golf again,” he said. “I’ve put myself up there in contention a couple of times. (I) just need to lay some cleaner golf, and who knows?”