ISLAMABAD (92 News) – The Duke and Duchess of Cambridge, Prince William and Kate Middleton met with Prime Minister (PM) Imran Khan and President Dr Arif Alvi on the second day of their visit in Islamabad. On arrival at the Prime Minister’s House, PM Khan welcomed the royal couple. The British guests was being hosted lunch with the prime minister. 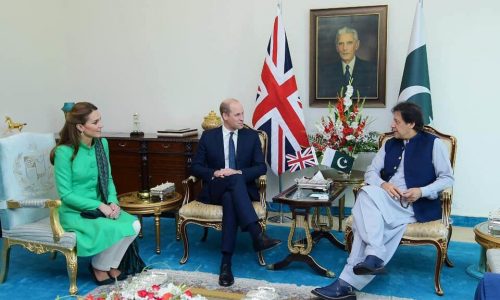 Before meeting with the premier, the couple was welcomed by President Arif Alvi and his wife Samina Arif at Aiwan-i-Sadr. Kate, who earlier donned a royal blue kurta, changed into green and white attire for the formal receptions. 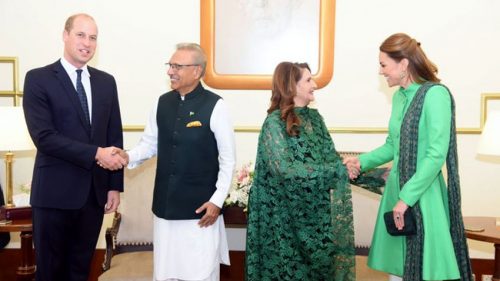 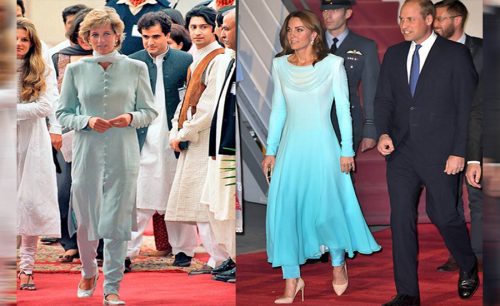 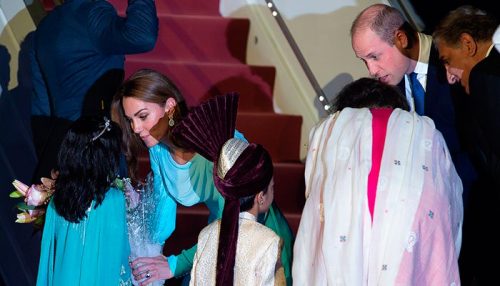 On October 16, Prince William and Kate Middleton will visit SOS Children’s Villages, Aitchison College and Shaukat Khanum Hospital in Lahore. On October 17, the British royal couple will leave for Chitral and meet with the locals. It was also reported that if the security and weather would be normal then the British guests will also visit Dara Khyber, the fort. Then, on Friday, their last day of the five-day visit, the royal couple are set to visit the Faisal Mosque before their departure in the afternoon. The British royal couple will depart for home from Nur Khan Airbase on October 18 at 1pm.