British royals give gift of dignity to Australia's war dead 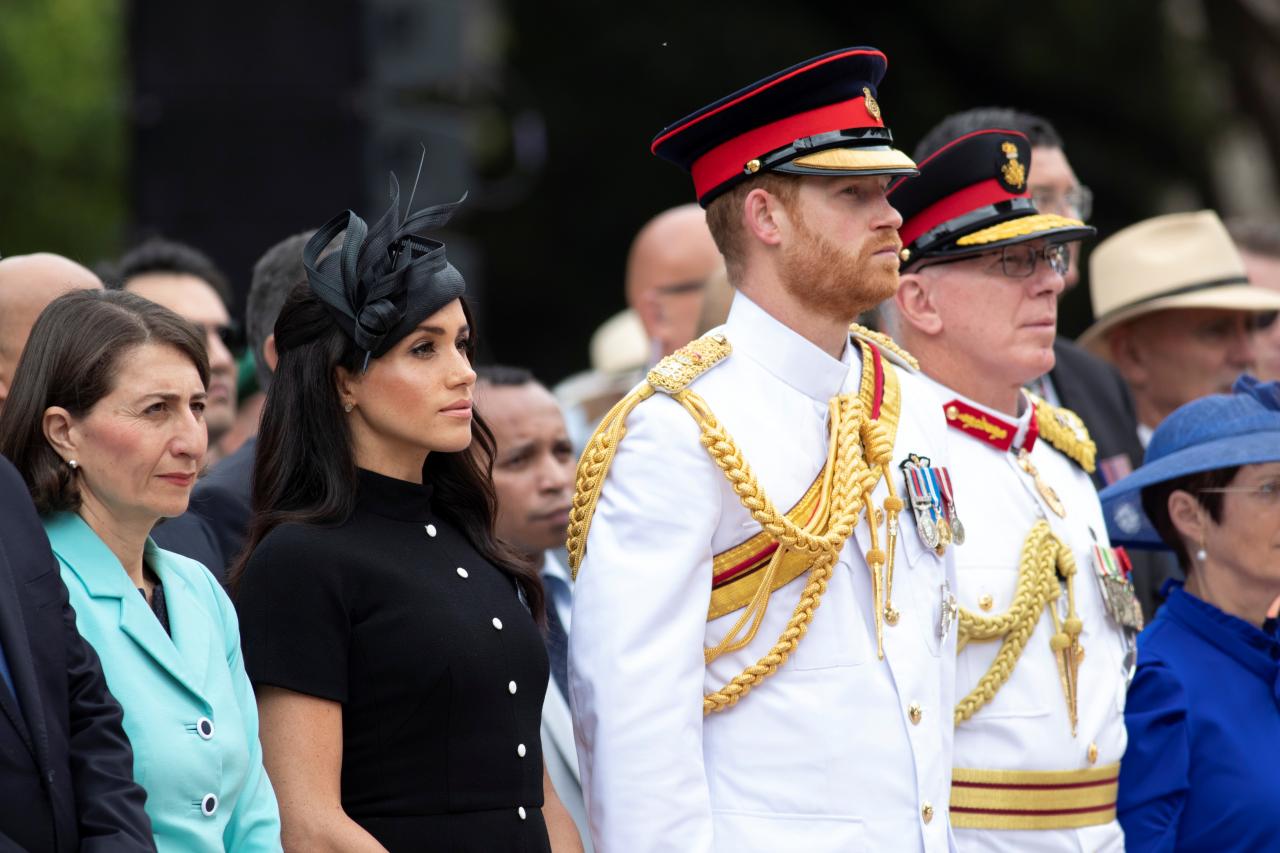 British royals give gift of dignity to Australia's war dead

SYDNEY (Reuters) - Britain’s Prince Harry and his wife, Meghan, brought the gift of dignity to Australia’s war veterans on Saturday, laying a wreath for those who died at an Anzac war memorial. The Prince, in military uniform, and his wife, respectfully clothed in a high-necked black dress by New Zealand designer Emilia Wickstead, silently and gently placed the wreath to rest together before fighter jets thundered past. The memorial, in Sydney’s Hyde Park, was first opened in 1934 by Harry’s great, great uncle and namesake, Prince Henry, Duke of Gloucester. Retired General David Hurley, Governor of New South Wales, said there had been a crowd 100,000-strong at that opening where the Duke unveiled a plaque that said in simple terms: “Opened, by the son of a King”. To echo those sentiments, Prince Harry, Duke of Sussex, unveiled the commemorative plaque at the re-opening following a $40 million upgrade that completes the original 1930s design by architect Bruce Dellitt. In his speech at the opening, General Hurley told the crowd that a public fund had been established on the first anniversary of the Gallipoli landing to build the memorial but after the Great Depression hit, it was never completed. The memorial has now been finished in time for the 100th anniversary of the end of World War One after a $40 million upgrade to include a spectacular cascading waterfall, a hall of service, education facilities and a library. “Let silent contemplation be your offering,” said General Hurley. “These words found at the entrance to the hall of silence evoke the sense of loss and grief that this memorial represents to the people of NSW.” The hall contains an artwork collection of 1701 soil samples from every town, city or district that were homes of those who fought in World War One. The Duke and Duchess of Sussex toured the upgraded memorial before attending the opening ceremony alongside Australia’s Prime Minister Scott Morrison and other dignitaries. Later on Saturday they are due to attend the first day of the Invictus Games on Sydney’s Cockatoo Island. The royal couple have also toured the drought-stricken NSW town of Dubbo and participated in a group hug on Sydney’s Bondi Beach.