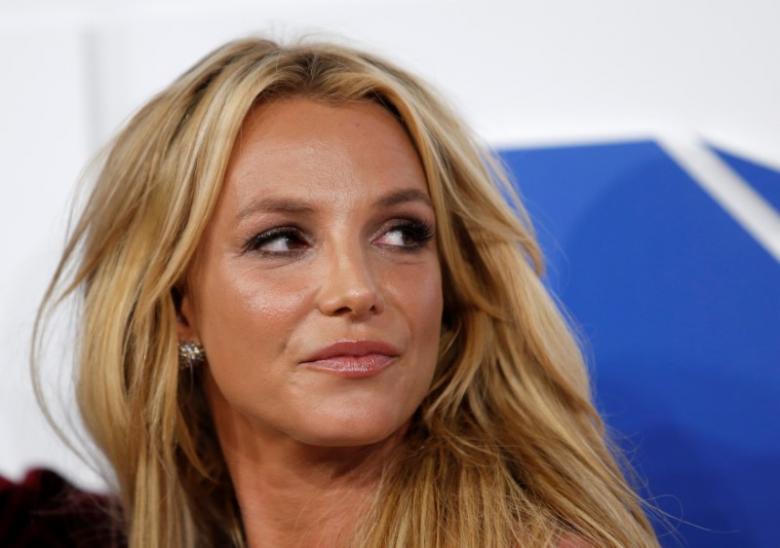 LOS ANGELES - After a career spanning two decades that include highs and lows, pop singer Britney Spears discussed her inspirations and why her latest album should not be seen as a return to music. "I don't really see it as a comeback. I've been here for a really long time," the singer told Reuters ahead of her performance at the Apple Music Festival in London on Tuesday. Hundreds of fans cheered, sang and danced at the Roundhouse music venue in Camden as Spears and a troupe of male and female dancers performed her chart-topping hits including "...Baby One More Time" and "Oops!.. I Did it Again." The singer donned a variety of outfits during the gig, ranging from a sparkly sequined leotard to a schoolgirl-inspired skirt, shirt and tie. The concert comes a month after Spears' ninth album "Glory" came out and she delivered a steamy, high-octane performance at MTV's Video Music Awards, thrusting the singer back in the national spotlight. "I feel like it's been a while since I brought new music to the table," Spears said. "I didn't want to do a typical pop record for this. I wanted to do something really different." Spears, 34, said "Glory," which features the hit song "Make Me," is still her style but with "a little bit of a flair to it," drawing inspiration from pop singer Selena Gomez's most recent "Revival" tour. "I just love her music. I think she's really great. So I was really, really inspired by her work," she said. The new album cements a steady return to music after Spears took a hiatus following a personal and career meltdown in 2006-2007 that included shaving her signature blonde locks, losing custody of her two children and being placed under a court-ordered conservatorship. She made a comeback in late 2008 and since 2013 has helmed a successful residency show in Las Vegas, extended through 2017. As for future musical collaborations, Spears has a couple of rockers in mind, specifically Aerosmith's charismatic frontman. "I love Steven Tyler; he's great. He's like rock'n'roll man, like just crazy cool. I think he exudes sex and electricity and you're just like a magnet when you get next to him," Spears said. "I would love to work with Lenny Kravitz. I think he's great; he's a legend," she added. -Reuters