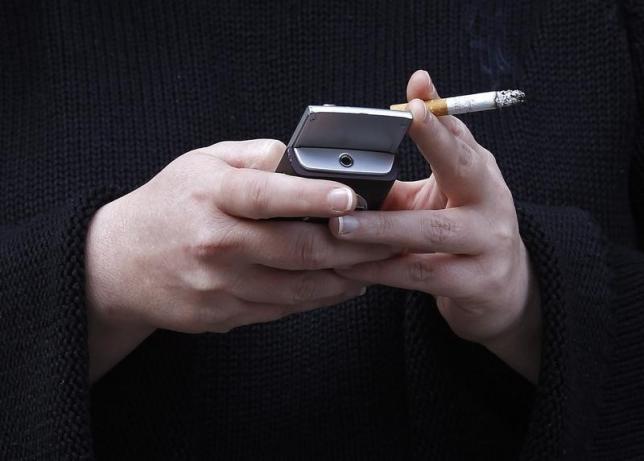 LONDON - Smartphones have overtaken laptops as the preferred way for Britons to go online, driven by increased take-up of the devices and a jump in superfast mobile broadband subscriptions, the British telecoms regulator said on Thursday. A third of people said they turned to a smartphone first to browse the Internet, access social media or shop online, while 30 percent opened up a laptop, Ofcom said. A year ago, 40 percent preferred to use a laptop and 22 percent a smartphone. People are also spending longer glued to their iPhone or Android mobile, using the devices for 1 hour and 54 minutes every day on average, it said, and a third of users turn to their smartphone within five minutes of waking up. Ofcom said Britain had seen a rapid take-up in superfast mobile broadband in the last year, with an eight-fold increase in subscriptions to 23.6 million. Television, however, still met most people's entertainment needs. People watch on average 3 hours 40 minutes of broadcast TV a day, 11 minutes less than a year ago, Ofcom said. -Reuters