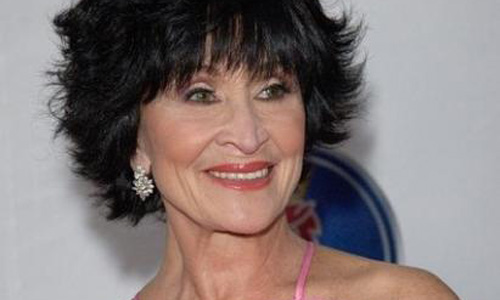 NEW YORK - Chita Rivera, the veteran stage star who shot to fame as Anita in the 1957 production of "West Side Story," is returning to Broadway as the world's wealthiest woman in the new musical "The Visit." The two-time Tony award winning actress and dancer stars opposite Welsh actor Roger Reese ("The Life and Adventures of Nicholas Nickleby") in the one-act musical that is due to open at the Lyceum Theatre on April 23. Rivera, 82, plays often-widowed Claire Zachanassian in the musical based on the 1956 play by Swiss author and dramatist Friedrich Durrenmatt about greed, love and revenge. "It's a wonderful theater piece, and the theater is where I am at home," she said in an interview. Zachanassian returns to her poverty-stricken hometown only to find that the man she loves, Anton Schell (Reese), has moved on, causing her to seek revenge. "It's funny. It's sad and sweet and affectionate and a terribly human experience to be in," said Reese. The show is a return to familiar territory for Rivera, who starred in the musical when it premiered in 2001 at the Goodman Theatre in Chicago. She reprised the role last summer at the Williamstown Theatre Festival. It is also the third time she has starred in a musical with a book by Terrence McNally and music by John Kander and lyrics by Fred Ebb. She won Tony awards for their musicals "The Kiss of the Spider Woman" and "The Rink." Director John Doyle reworked the play for the stage with McNally. "I think there is one little piece that has been taken out, but some other pieces have been put back in, or put in," he said. "Some new material has been written for this. So I think ... for most people it will be a totally new show." As for a rumor that "The Visit" could be Rivera's final stage role, she quickly replied, "Who started that? I don't have a clue who started that." - REUTERS