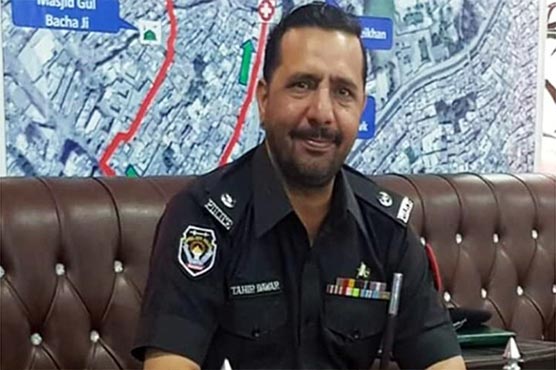 PESHAWAR (News) – The brother of Superintendent of Police (SP) Tahir Khan, who went missing, filed a case for his recovery in the police station on Sunday. As per reports, SP Tahir Khan had left his residence for a walk but did not make it back to home till now. He returned from Peshawar to Islamabad on Friday and missing from 7.30pm. The case has been registered on the complaint of SP Tahir’s brother. The investigation has been launched but no prove has been found. Khan’s family said that they received a message from his mobile which read that he was safe and would soon return home. Police said the mobile had since been switched off and the last location pointed to Sara-e-Alamgir. Senior Superintendent of Police (SSP) Amin Bukhari stated police teams had been constituted to trace Tahir Khan. “At present, it is hard to tell whether Khan has been abducted or he has met with an accident”, Bukhari told officials.