I have brought a programme of hope, not disappointment: Asif Zardari 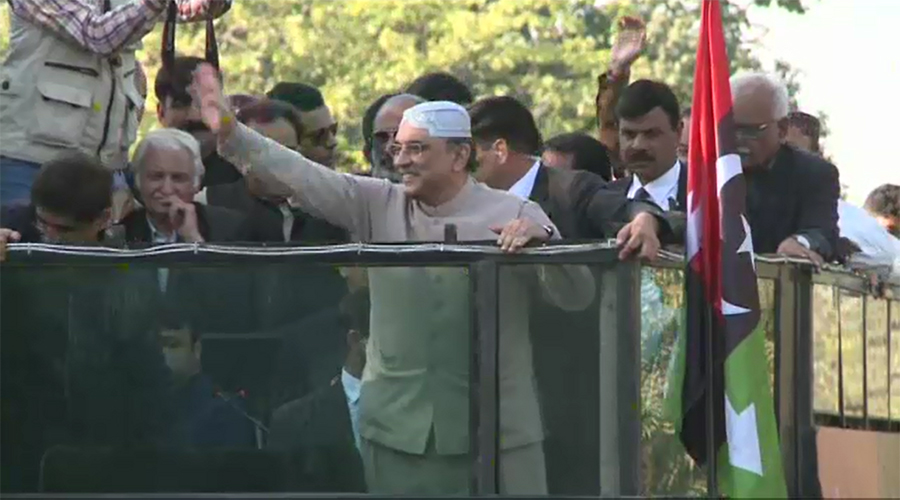 I have brought a programme of hope, not disappointment: Asif Zardari

KARACHI (92 News) – Former president Asif Zardari has said that he has brought a programme of hope, not disappointment. Addressing a meeting after his arrival to the homeland on Friday, he said that Kashmir will become Pakistan at all cost. “Pakistan is safe due to the power of the masses and armed forces,” he said. Asif Zardari said that the PPP would again assume power. “I want to tell political actors that we have to be buried here,” he declared. After the meeting, the PPP co-chairman reached Bilawal House by helicopter. He also held meetings with party leaders at the Karachi Airports. During a meeting, Chief Minister Syed Murad Ali Shah informed him about the situation in the province. Meanwhile, Asif Zardari is likely to go abroad on December 30.