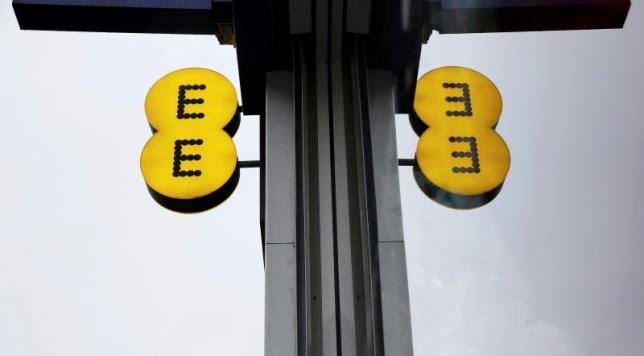 LONDON - BT Group completes the acquisition of the country's biggest mobile network operator EE on Friday, opening the way to creating a single integrated network offering a combination of telecoms and TV services that competitors are scrabbling to match.

But the former national network monopoly still faces one more hurdle to clear before it can realise its stated plan to operate a single network, "that is able to service customers with no distinction between fixed and mobile".

Industry regulator Ofcom is currently looking at whether to force BT to spin-off its fixed line network arm Openreach after rivals who rely on the network as wholesale customers said BT's ownership was hampering competition and investment in connecting the whole country up to high speed broadband.

BT, which says it would achieve the opposite, is expected to comment on its plans for EE when it reports results on Monday, but analysts are not expecting fireworks, at least not until the fate of Openreach becomes clearer when Ofcom reports back on the findings of its review next month.

"There's a whole bunch of regulatory issues pending, and BT's rivals are willing to jump on any bandwagon to punch them on the nose," said an analyst who didn't want to be named.

"So I don't think you'll hear anything concrete, it's a case of trying to read between the lines."

Analysts predict the regulator will not force BT to hive off Openreach, and Ed Vaizey, the minister responsible for the digital economy, is a sceptical about the merits of a split.

But rivals TalkTalk, Sky and Vodafone are keeping up the pressure, while a recent report from lawmakers kept the option alive politically.

"Moving into the mobile market is a must for BT to defend its premium services, which are increasingly threatened as other players enhance their triple and quad play offerings," said Imran Choudhary, senior analyst at Kantar Worldpanel.

BT had started its own mobile service, using EE's network, but it will now have access to one in three mobile customers.

Analyst John Karidis at Haitong Securities said BT could use content from BT Sports, which has live TV rights to Champions League and some Premier League soccer games, to boost average mobile revenue.

"In the business market, we think BT will help EE compete much better against the still dominant Vodafone and O2," he said.

BT will also be able to use EE's more than 500 stores to sell its products, although that is not expected to happen until it is sure the customer proposition is right.

Choudhary said BT's rivals who are weaker in content or in telecoms services should be worried.

"Virgin, TalkTalk and Vodafone made the loudest noises in terms of issuing complaints through the regulatory process, and that doesn't surprise me," he said.

Cable network operator Virgin Media and TalkTalk both offer a mobile service, but Virgin's take-up was only 6 percent of its base, he said, while TalkTalk competed at the low-cost, budget end of the market.

Meanwhile analyst Jerry Dellis at Jefferies said Vodafone would find itself exposed as a "mobile-only player in a market hurtling towards quad-play".

Vodafone was on the wrong side of a new divide, lacking the powerful bundling capabilities of BT, Sky and Virgin Media. "Merging with Virgin Media would be the convincing response," he said in a note this week.

The two companies abandoned talks about a swap of assets last year, although sources said the door was not closed to more discussions in future.

Pay-TV company Sky and TalkTalk, however, could benefit from the other big shift in the mobile market - the takeover by CK Hutchison's Three of Telefonica's O2 UK.

Because the deal would reduce the number of UK mobile network operators from four to three analysts expect the regulators will want concessions in return for approval to protect competition, such as selling airwaves or offering wholesale access on better terms.

That would be good news for Sky, which is launching its mobile services on O2's network in the summer, and TalkTalk, which already uses the network for its mobile offer.

Macquarie Group said it could make Sky the kingmaker in UK mobile. "Sky is in a strong position with strategic flexibility in the UK as its competitors suffer distractions such as BT's integration of EE and has multiple options for its mobile strategy," said Macquarie analyst Guy Peddy. -Reuters