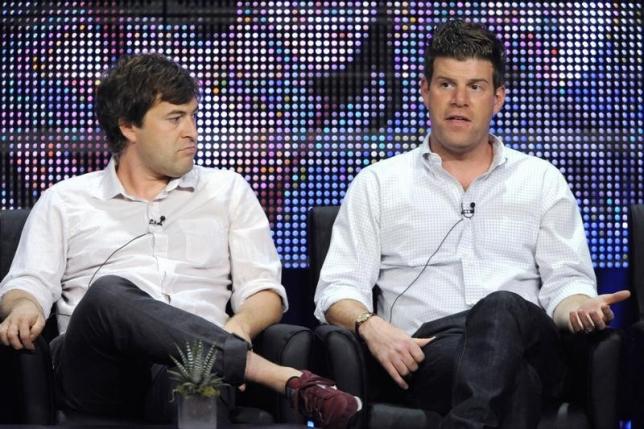 LOS ANGELES - Restaurant chain Buffalo Wild Wings Inc said it would stop airing commercials featuring comedian and actor Steve Rannazzisi after he admitted that he lied about his personal experience of the Sept. 11, 2001, attacks on the World Trade Center in New York. "Upon careful review, we have decided to discontinue airing our current television commercials featuring Steve Rannazzisi,” Buffalo Wild Wings said in a statement. In multiple interviews in recent years, Rannazzisi, star of the FX comedy series "The League," described memories of working for Merrill Lynch in the World Trade Center in New York City when hijacked planes were flown into the buildings. Rannazzisi, 37, had said the events of that day inspired him to move to Los Angeles and pursue a comedy career. The New York Times reported this week that Merrill Lynch had no record of his employment and had no offices in either tower. After being confronted by the newspaper, he said in a statement that he was working in New York City during the 9/11 attacks but was not in the World Trade Center. "As a young man, I made a mistake that I deeply regret and for which apologies may still not be enough,' Rannazzisi posted on Twitter on Wednesday. "I don't know why I said this. This was inexcusable. I am truly, truly sorry." Rannazzisi's upcoming special on Comedy Central, "Breaking Dad," is scheduled to air on Saturday. Following the comedian's apology, the network said on Wednesday, "We are very disappointed to hear about Steve's misrepresentations and are currently determining how we will move forward."