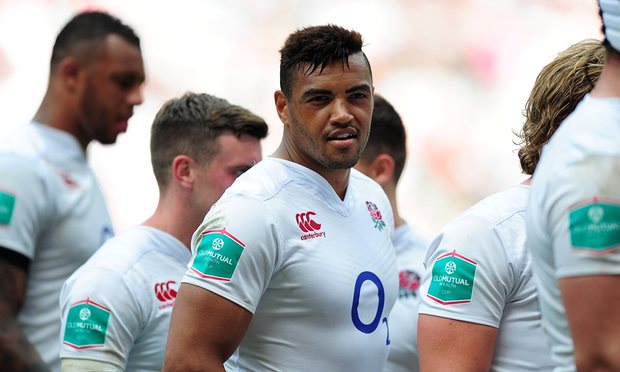 MELBOURNE - Northampton centre Luther Burrell has been called into England's squad for the three-test series in Australia next month after Manu Tuilagi withdrew with a hamstring injury last week. Burrell, who has won 14 caps, scored a try and impressed in England's 27-13 victory over Wales at Twickenham on Sunday, his first international match since August 2015. Head coach Eddie Jones had initially overlooked Burrell in his original plans for the tour, only adding to the 28-year-old's misery after the once regular starter was left out of the World Cup squad by predecessor Stuart Lancaster. "It's a great opportunity for Luther who I thought played really well on Sunday," Jones told the Rugby Football Union's (RFU) website (www.englandrugby.com) on Monday. "We want players who are desperate to play for their country and are willing to make the sacrifices needed to succeed at the highest level. Luther's worked hard at his game since January and we've seen a significant improvement." Burrell edged out Bath's 22-year-old Ollie Devoto, who will be part of the England Saxons tour of South Africa next month, for a place in the squad. "It was a tough selection call. Ollie Devoto has really impressed during his recent time in the England camp. We wish him a successful tour to South Africa with the Saxons," Jones said. England open the tour against Australia in Brisbane on June 11, followed by matches in Melbourne and Sydney. -Reuters