'The Bus' back in business, repays Hansen's faith 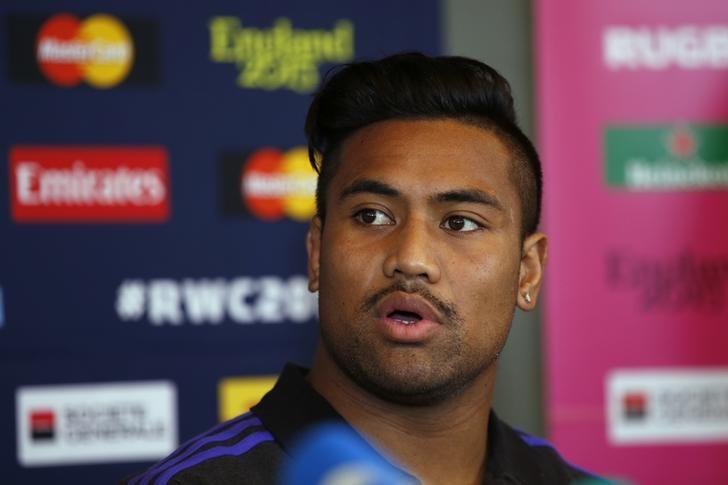 'The Bus' back in business, repays Hansen's faith

HAMILTON - Of all the positives All Blacks coach Steve Hansen could take from their 57-22 victory over Argentina in the Rugby Championship, one of the biggest was the bustling performance of winger Julian Savea. The 26-year-old scored his 42nd international try at Waikato Stadium in Hamilton, carried the ball a team high 11 times, achieved 116 running metres -- the most by any player -- and broke several tackles. It was a welcome return to form for the man nicknamed 'the Bus', whose strike rate of 42 tries in 46 tests is among the highest in world rugby after he struggled earlier this season. "You guys can judge if I'm back to my best," Savea told reporters in Hamilton. "For me it's just about playing rugby, enjoying it, and playing with a clear mind really, not caring about making mistakes. "That's the mindset I have (had) the last few weeks." After making his debut in 2012, Savea had been a virtual automatic selection on the left wing for Hansen, with the quietly-spoken Wellingtonian's barnstorming play drawing comparisons to that of the late Jonah Lomu. The performances began to taper off last year, though he rediscovered his best form in the World Cup when he scored three tries against France in the quarter-finals, the second of which was awarded World Rugby's Try of the Year. However, Savea again struggled for form this season and showed up unfit for the Hurricanes' Super Rugby campaign. He was dropped from the Hurricanes' starting side and then by Hansen during the All Blacks' test series against Wales in June. The All Blacks coach said at the time he felt Savea was battling some demons that were forcing him to over-complicate things. "He's probably trying too hard to the point where he's over-thinking and when you over-think things you end up being a bit of a robot and that's not what we want," Hansen told reporters. "We want the instinctive Jules because when he's like that he hurts people." Despite his struggles, Hansen stuck by him, though in reality the winger was only starting in the Rugby Championship side because of an injury to Waisake Naholo. On Saturday, he repaid Hansen's faith. "There's always something about this jersey that makes you want to not miss out on this team or miss out on this environment," Savea said. "I'm just really thankful to be here. The more time you get out on the field, it's good." -Reuters