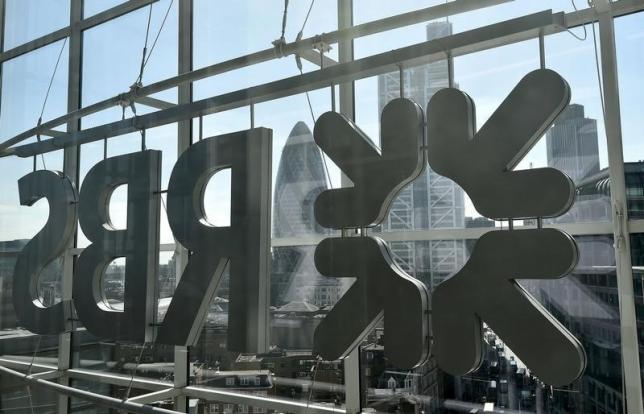 LONDON - The former CEO of a software company is suing RBS for allegedly conspiring to push the business into administration to benefit from its sale, court filings show, in the latest case to allege misconduct by the bank's restructuring division. Scottish businessman Neil Mitchell is seeking 128 million pounds ($184 million) in damages on claims that Royal Bank of Scotland conspired in 2007 with co-defendants KPMG and US-based fund Cerberus Capital Management to sell assets of his company, Torex Retail plc, for below their value. Mitchell alleges RBS pushed Torex Retail into administration - a form of protection from creditors under which external managers from KPMG were brought in - in order to force its sale to Cerberus and so rid its books of a bad loan it was owed by Torex, documents filed at Britain's High Court of Justice show. Mitchell also alleges in the court filing that RBS and Cerberus conspired secretly to ensure Torex would be sold for below its value to Cerberus. The allegations include conspiracy by unlawful means, breach of trust and negligence. "We have thoroughly investigated Mr Mitchell's allegations and believe them to be entirely without merit. Mr Mitchell has chosen to issue legal proceedings which will be met by a full defence," a spokeswoman for RBS said.A spokeswoman for KPMG denied it acted improperly, said Mitchell's claims had no substance and that KPMG had applied to have the case struck out. Cerberus declined to comment. The claims once again focus attention on RBS's Global Restructuring Group (GRG), a division being investigated by Britain's financial regulator following claims by hundreds of small businesses which say GRG mistreated them or forced them out of business. RBS, 73 percent-owned by the UK government, asked law firm Clifford Chance to undertake an independent review of GRG, which found no evidence for the allegations. Britain's Financial Conduct Authority has hired firms Promontory Financial Group and Mazars to conduct its own investigation and produce a report, originally scheduled for the end of last year and now expected to be published in mid-2016. The regulatory inquiry comes as RBS Chief Executive Ross McEwan is trying to rebrand the bank as the biggest supporter of smaller businesses in the UK. The court documents name former RBS Chairman Philip Hampton and former Chief Executive Stephen Hester as among those who represented RBS in its dealings with Torex Retail. Hester and Hampton declined to comment.Torex Retail, which sold software for touch screen shopping tills, went into administration in June 2007 after Mitchell and other executives at the firm blew the whistle on fraud they had discovered within the company. -Reuters