Cabinet decides to review ministers’ performance after every 3 months 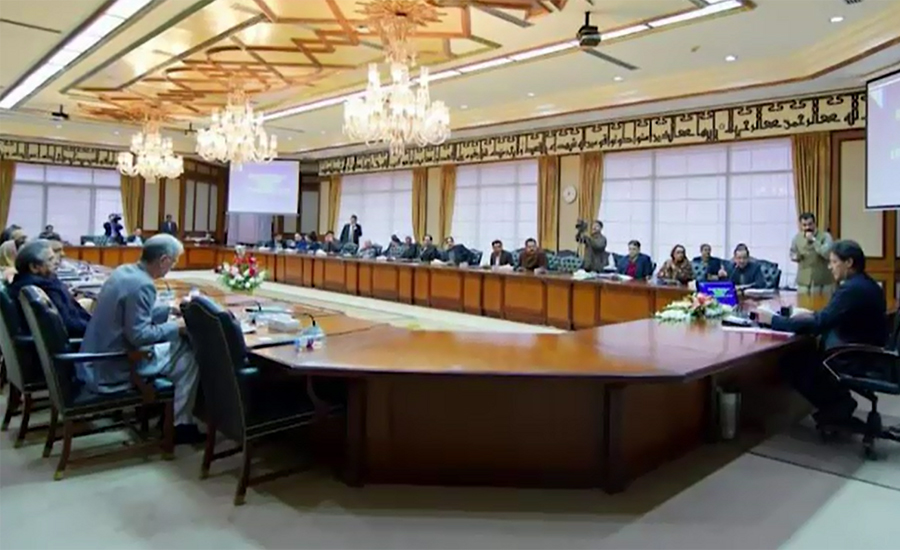 Cabinet decides to review ministers’ performance after every 3 months

ISLAMABAD (92 News) – The federal cabinet has decided to review the performance of all ministries and divisions after every three months. Prime Minister Imran Khan chaired a meeting of the federal cabinet, which lasted for the record time of nine hours while reviewing performance of the ministers. During the today’s meeting, performance of twenty-six ministries was reviewed, while performance of the remaining ministries will be reviewed at a later date. The prime minister has directed ministries to ensure achievement of the targets set during the last hundred days. The performance of Sheikh Rasheed, Shah Mehmood Qureshi, Shehryar Afridi and Murad Saeed was declared best within 100 days and the cabinet members appreciated the performance of railway minister with clapping. The sources revealed that the prime minister was impressed by Murad Saeed’s the most notable performance and gave the hint that he would be made federal minister. According to the sources, the three questioned was asked from all the ministers including what actions already taken in terms of service delivery? Which austerity measures adopted during 100 days? What are future plans with a view how to improve performance under each of these heads further? The sources also said that PM Khan praised the ministers, whose performance remained distinguished during last 3 months. “Those who performed well are safe and will not be removed from their ministries,” prime minister maintained while rejecting rumours of reshuffling in the cabinet. It was also reported that the minister likely to get tough time who will not perform in the future.