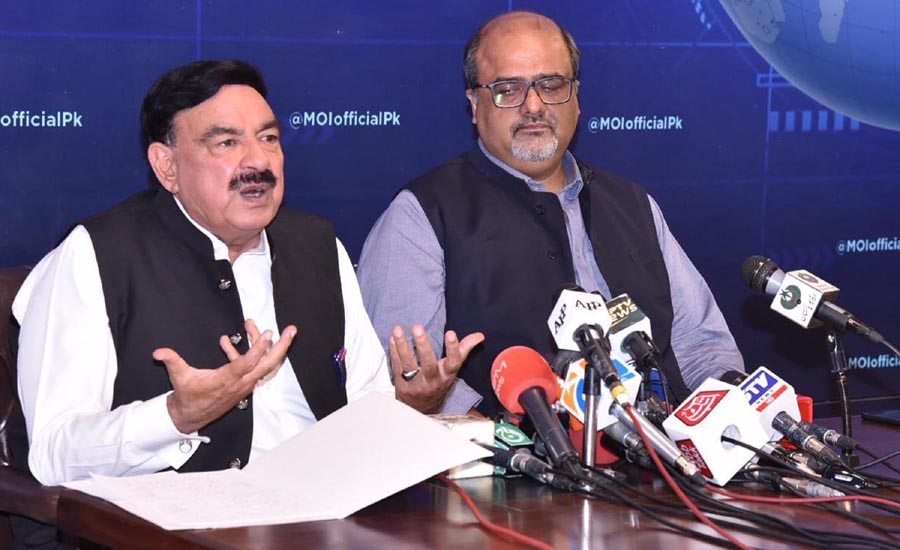 ISLAMABAD (92 News) – Interior Minister Sheikh Rasheed said that the cabinet sub-committee had recommended to place the name of Opposition Leader in the National Assembly Shehbaz Sharif on the exit control list.

Addressing a press conference on Wednesday, he said that the matter would be sent to the federal cabinet for final decision. "However, Shehbaz Sharif can give an application for the review within 15 days," he added.

He said that Shehbaz Sharif was not on the blacklist.

The minister said that 1,677 people belonging to the Tehreek-e-Labaik Pakistan (TLP) had been released, while 10,074 people were released by court.

He said that the government would bring 1,100 Pakistani prisoners from Saudi Arabia.