ISLAMABAD (92 News) – Cake-cutting ceremonies were held across the country to mark the fourth anniversary of 92 News, biggest HD Plus Channel.

The channel has highly been lauded for airing true and credible news all over the country and abroad. The main ceremony was held at 360 degree Virtual News Studio, Lahore. Renowned analysts, anchors and workers participated in the ceremony. In Islamabad, the grand ceremony of 92 News was held in Islamabad Bureau over fourth birth anniversary of the channel. 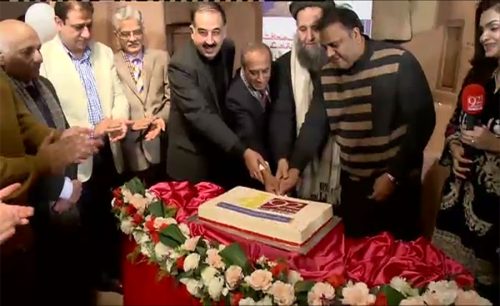 Minister for Information Fawad Chaudhary, Minister for Religious Affairs Noorul Haq Qadri, Assistant Special Prime Minister Iftikhar Durrani, Assistant Special for Media Yousuf Baig Mirza, Adviser 92 News Anwar Mehmood, IG Islamabad, Amir Zulfiqar Khan, Chairperson PEMRA Salim Baig and Secretary Information Shafqat Jalil attended the ceremony. Principal Information Officer Mian Jehangir Iqbal among political, social, journalistic and many other personalities from different walks of life participated in the ceremony A cake was cut and people on the ceremony and the people prayed for the progress of the channel. Expressing his opinion, Fawad Chaudhry said that in fact 92 News is being played the role of real journalism. He mentioned that this is single media organization which really created the place at media in short span of time. On the occasion, Noorul Haq Qadri said that he has really love with 92 news channel because the owners are running the affairs of channel in special religious and national ideological way. He also offered prayers for the success of the channel. 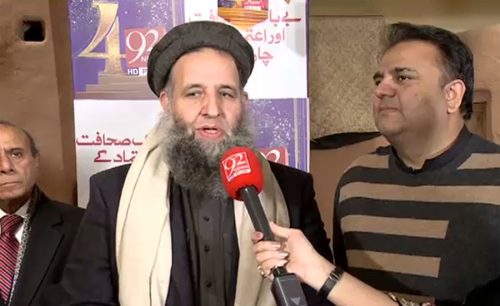 Appreciating the 92 News channel, Iftikhar Durrani said, “I feel happiness to come in 92 News channel ever, this channel always conduct impartial reporting.” “It is difficult to say truth, but 92 News did the job efficiently,” he said. In Karachi, an impressive ceremony was arranged on the completion of four-year journey of the 92 News HD Plus channel. 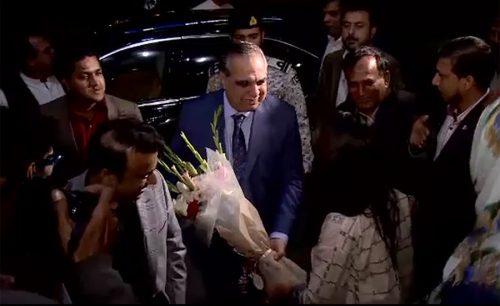 On the occasion, a cake was also cut by Sindh Governor Imran Ismail and he prayed for the success of channel. He also congratulated the whole team of 92 News. He lauded the journalistic services of the channel and prayed for its continuity successfully. 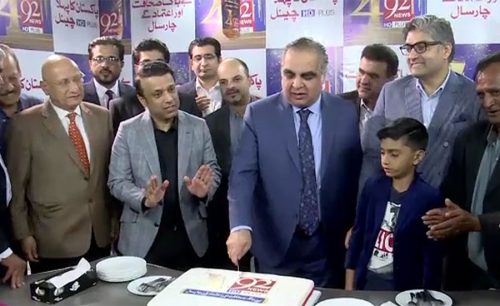 Additional IG Karachi Ameer Sheikh also participated in the ceremony and he explained that 92 News gained a prominent rank in the field of journalism in the short span of time. The participants highly appreciated the journalistic services of the channel and prayed for its continuity successfully. 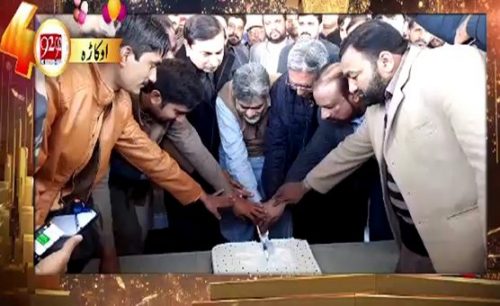 In Okara, a ceremony was held to mark the fourth anniversary of 92 News. A cake was cut on the occasion. 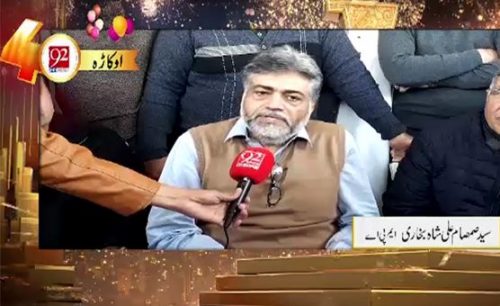 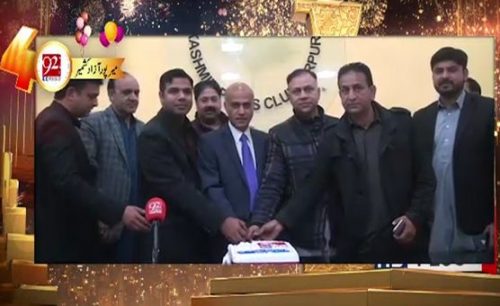 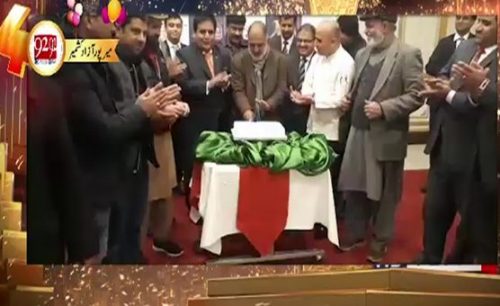 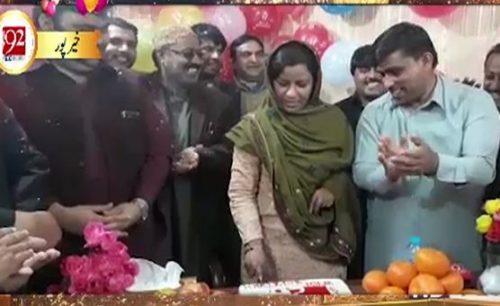 Rain spell likely to start in Islamabad, AJK and Upper Punjab from today