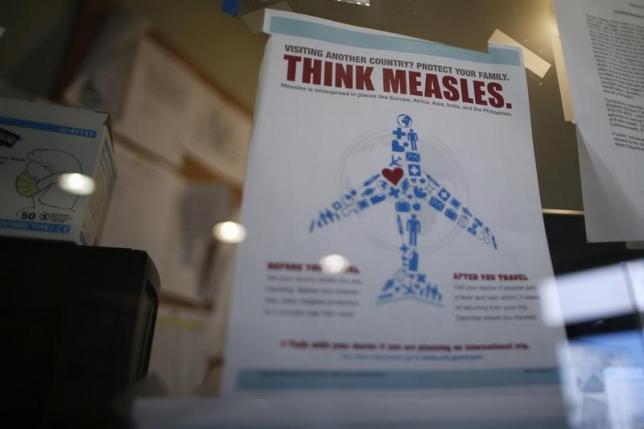 LOS ANGELES - A measles outbreak in California that began in December at the Disneyland and California Adventure theme parks and highlighted the risk of unvaccinated people becoming infected and spreading the disease has ended with 131 cases, officials said on Friday. Nineteen percent of the people in California who became ill from measles had to be hospitalized, said Dr. Gil Chavez, state epidemiologist and deputy director of the Center for Infectious Diseases at the California Department of Public Health. None of those patients died, but among the more severe cases one person had a breathing tube inserted and suffered organ damage from the disease, Chavez said. The outbreak renewed a debate over the anti-vaccination movement that has seen a minority of parents refuse to allow their children to be inoculated, with some of them citing debunked research suggesting a link to autism. Health officials encouraged broader vaccinations to prevent future outbreaks of measles, which in its homegrown form U.S. authorities declared eliminated from the country in 2000. "We are absolutely confident that if we had higher levels of immunity in the community this outbreak would not have happened," Chavez said on a conference call with reporters. The latest outbreak began in December at the Walt Disney Co-owned theme parks Disneyland and California Adventure in Anaheim and is believed to have started with a park visitor who had been exposed to measles overseas, Chavez said. It involved a strain of measles that has been prevalent in the Philippines but also has shown up in more than a dozen other countries, officials said. Measles is one of the most infectious diseases in the world. Its symptoms can arise as late as two weeks after exposure and bring a fever, followed by a cough, runny nose, watery eyes and rash. Across the United States, 147 measles cases in seven states, including the 131 cases in California and others in Arizona, Nevada and Utah, were linked to the outbreak, according to the U.S. Centers for Disease Control and Prevention. After this outbreak, California lawmakers introduced a bill requiring all children in the state's public schools to be vaccinated for such diseases as polio and measles. This week, the measure stalled in the legislature amid opposition from parents who fear vaccines will harm their children. - REUTERS