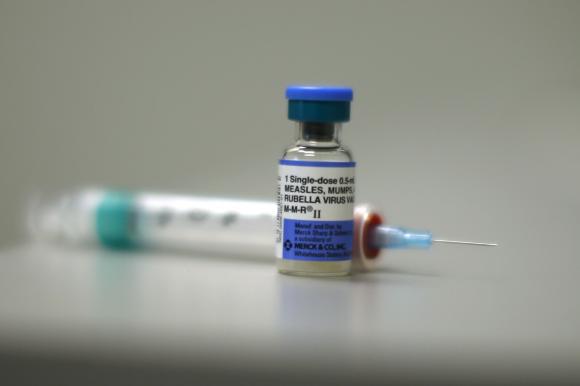 LOS ANGELES (Reuters) - California public health officials, grappling with a measles outbreak that has already sickened 113 people statewide, urged residents on Tuesday to vaccinate themselves and their children before traveling internationally over spring school break. More than 150 people have been diagnosed with measles across the United States, many of them linked to an outbreak that authorities believe began when an infected person from out of the country visited Disneyland in late December. The measles outbreak has renewed a debate over the so-called anti-vaccination movement, in which fears about potential side effects of vaccines, fueled by now-debunked research suggesting a link to autism, have prompted a small minority of parents to refuse inoculations for their children. Some parents also opt not to have their children vaccinated for religious or other reasons. The California Department of Public Health said that with spring school holidays approaching many Californians were planning trips abroad and that inoculations were especially important. “Measles is extremely contagious and can be very serious. The best way to protect yourself and your family against measles is with the Measles Mumps and Rubella (MMR) vaccination, which is 97 percent effective after two doses,” Dr. Gil Chavez, the state's chief epidemiologist, said in a written statement. "Vaccination is especially important for those who plan to travel internationally, which places them at high risk of getting the disease and spreading it to others after they come home," Chavez said. California health officials also urged residents returning from travel overseas to watch for symptoms of measles, including fever, cough, and a rash that typically appears first on the face and spreads downward. Measles was declared eliminated in the United States in 2000 after decades of intensive childhood vaccine efforts. But in 2014 the country had its highest number of cases in two decades. Of California's 113 confirmed cases of measles, 39 are believed to have resulted from visits to Disneyland in late December. An additional 34 had contacts with those people in a household or community setting. Last week, health officials warned commuters on San Francisco's Bay Area Rapid Transit system that they may have been exposed to measles after an infectious LinkedIn worker rode the train to and from work for three days.