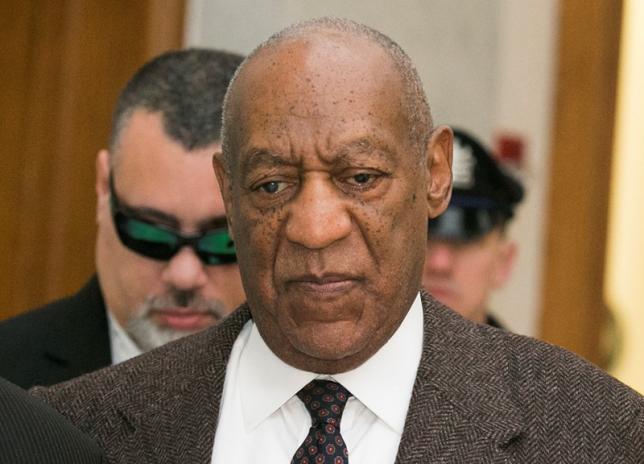 SANTA MONICA, CALIF. – A California judge on Wednesday indefinitely postponed a sworn deposition of Bill Cosby in a sexual assault lawsuit against the comedian, citing his right to avoid self-incrimination in a separate criminal case pending in Pennsylvania. Los Angeles County Superior Court Judge Craig Kaplan said he granted the delay in recognition that Cosby's constitutional prerogative to remain silent in the face of criminal prosecution could limit his ability to answer questions under oath in civil proceedings. Kaplan also put on hold any further deposition of Judy Huth, who brought the civil lawsuit alleging that Cosby plied her with alcohol and molested her in 1974 at the Playboy Mansion in Los Angeles when she was 15. Huth, in her complaint, accuses Cosby of putting his hand down her pants and then "taking her hand in his hand and performing a sex act on himself without her consent." Wednesday's ruling could portend similar delays in several other lawsuits accusing the entertainer of sexual misconduct. "There's a great risk that all these lawsuits are going to be put off for an indefinite period of time, specifically until the criminal case ends," former Los Angeles Deputy District Attorney Dmitry Gorin told Reuters. Cosby, 78, who is free on bail in the Pennsylvania case, had been scheduled to submit to questioning under oath from Huth's attorney, Gloria Allred, on April 7. She previously deposed him last October. The judge ruled that depositions of other witnesses in the case could proceed, and Allred said she planned to take a sworn statement from Playboy magazine founder Hugh Hefner. More than 50 women have come forward over the past two years to accuse Cosby of rape and other sexual wrongdoing. Most involve encounters said to have occurred a decade ago or more, exceeding the statute of limitations for legal action. The comedian, who personified the model American family man in his long-running hit television series "The Cosby Show," has acknowledged marital infidelity but denied engaging in non-consensual sexual behavior. At least nine women - eight of them in Massachusetts - are currently suing Cosby for defamation, claiming they were smeared by his public assertions that they fabricated their stories. Huth filed her suit under a California law allowing victims of childhood abuse to sue beyond the statute of limitations if, within the last three years, they have realized they suffered from psychological damage that had previously been repressed. Cosby's attorneys argued that was not the case for Huth because "she tried to sell her story to the tabloids nearly a decade ago." The judge has set an April 14 hearing to consider those arguments. The Pennsylvania case, the only criminal prosecution of Cosby, stems from the alleged sexual assault of Andrea Constand, a former basketball coach at his alma mater, Temple University. Cosby's lawyers have sought dismissal of the case. Constand settled a civil suit against Cosby for an undisclosed sum in 2006. Earlier this week, Cosby lost his bid to throw out a defamation lawsuit against himself and his former lawyer brought by supermodel Janice Dickinson, clearing the way for a trial. The scandal has left Cosby's career in tatters, with various TV projects and live shows canceled as allegations mounted. Cosby also stepped down from Temple's board of trustees, and there have been calls to revoke his Presidential Medal of Freedom. –Reuters