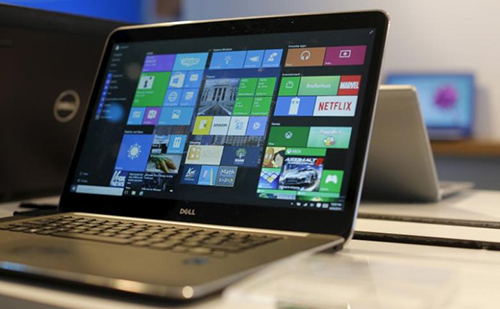 LOS ANGELES – California regulators moved a step closer on Friday to the first mandatory US energy efficiency standards for computers and monitors, gadgets that account for 3 percent of home electric bills and 7 percent of commercial power costs in the state. The latest draft standards issued by the California Energy Commission, marking the second revision of rules first proposed in March 2015, would save consumers an estimated $373 million annually when fully implemented, the agency said. The projected energy savings under the plan are equivalent to the electricity used annually by all the homes in San Francisco, according to the commission.
The Natural Resources Defense Council, an environmental group working with the commission on the standards, said they would cut greenhouse gas emissions from fossil fuel combustion in power generation by 700,000 tons a year.
But the NRDC urged the commission to avoid loopholes such as allowing special exemptions or credits for premium computer features that could become more mainstream by the time the standards go into effect. In California, computers and monitors draw an estimated 5,610 gigawatt-hours of electricity - roughly 3 percent of residential electrical use and 7 percent of commercial use - much of that while devices sit idle. According to the NRDC, the total amount of power consumed by computers and monitors would be reduced by about a third once there is a complete turnover in existing stocks of devices. The first phase of the rules would take effect in January 2019 for desktop and notebook computers. The standards would kick in for workstations and small-scale servers in January 2018 and for computer monitors - covering screens 17 inches and larger - in July 2019. The standards for desktops, which use far more energy than notebooks, will add about $14 to the retail cost of computers but save consumers more than $40 in electric bills over five years, according to commission estimates.
California, which often leads the way in US environmental initiatives, already boasts the lowest per-capita rate of electricity use in America. The latest rules could set a new standard for computer manufacturers everywhere by virtue of California's size as a consumer market. If the standards are adopted nationwide, they could save U.S. consumers about $2.2 billion annually in electric bills while reducing energy generation by the equivalent output of seven coal-fired power plants, the NRDC said. Final adoption of the California standards by the five-member Energy Commission could come as early as November. –Reuters