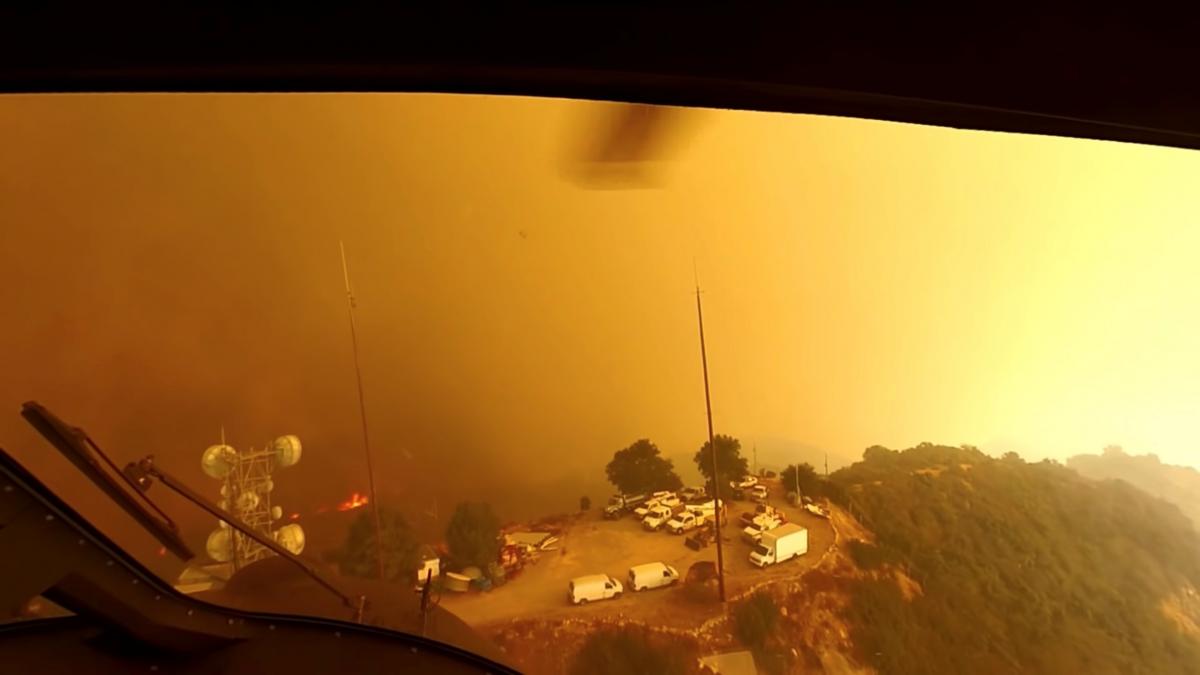 CHICO, Calif. (Reuters) - Northern California residents left homeless by the deadliest, most destructive wildfire in state history braced for a new bout of misery on Tuesday from showers expected to plunge encampments of evacuees into rain-soaked fields of mud. The impending Pacific storm was also certain to hinder search teams sifting through ash and rubble for remains of additional victims in a disaster that already has claimed at least 81 lives and left hundreds more missing. As much as 6 inches (15 cm) of rain was expected to fall over several days starting early on Wednesday around the town of Paradise, a community of nearly 27,000 people, many of them retirees, that was largely obliterated by the Camp Fire. Forecasters said there was a slight risk of rains unleashing rivers of mud and debris down flame-scorched slopes stripped of vegetation by the blaze, which has burned across 151,000 acres (61,107 hectares) of the Sierra foothills north of San Francisco. But because of mass evacuations still in effect since the fire erupted on Nov. 8, few if any people were believed to be in harm’s way should any debris flows materialize, according to National Weather Service (NWS) hydrologist Cindy Matthews. She also said due to the volcanic soil and relatively shallow slopes found in the fire zone, the ground is unlikely to become saturated enough for hillsides to give way to landslides that can occur in newly burned areas after heavy rains. However, authorities in Southern California warned residents in areas burned by a pair of recent large wildfires in the coastal foothills and mountains northwest of Los Angeles to be wary of mud-flow hazards from the same storm this week. One of those blazes, the Woolsey Fire, killed three people. While the showers will prove a boon to firefighters still laboring to suppress the flames, the storm will heighten the discomfort factor for many displaced residents who are essentially camping rather than staying in emergency shelters. “There are people still living in tents,” Sacramento-based NWS meteorologist Eric Kurth said in a telephone interview. “That’s certainly not going to be pleasant with the rain, and we might get some wind gusting up to 40 to 45 miles per hour (64 to 72 km per hour).”

One of those evacuees, Kelly Boyer, lost his home in Paradise and was sharing a tent with a friend at an encampment outside a Walmart store in nearby Chico, where overnight low temperatures have fallen to just above freezing. Boyer said he was grateful for wooden pallets and plastic tarps donated by local residents to evacuees to help keep their tents off the ground and dry when the rains come, though he said the showers would still make a mess. “It’s going to be mud city,” he told Reuters. The rains, however, will help dispel heavy smoke that has lingered in the air. “We’re really expecting the air quality to improve. That’s the bright side for those people up there,” he said. Meanwhile, smoke from the recent California wildfires has drifted across the country to the East Coast, where it was widely noticed in the form of a brownish, orange haze in the sky and was credited with unusually vibrant sunsets on Monday. “So if you thought it was just a bit hazy this afternoon, we have a California smoke plume moving through,” retired NWS meteorologist Gary Szatkowski, who continues to track weather phenomenon from his home in New Jersey, wrote on Twitter. Most of the transcontinental smoke plume, illustrated on a National Oceanic and Atmospheric Administration map he posted on Twitter, was “a couple of miles up” in the atmosphere, high enough to be carried east by the jet stream. The Camp Fire incinerated some 13,000 homes in and around Paradise, mostly during the first night of the blaze when gale-force winds drove flames through drought-parched scrub and trees into the town with little warning, forcing residents to flee for their lives. The remains of two more victims were found in a structure in Paradise on Tuesday, raising the death toll to 81. The Butte County Sheriff’s Office has tentatively identified 56 of the victims whose remains have so far been recovered. Meanwhile, the missing-persons list compiled by the sheriff’s office was revised to 870 names late on Tuesday, from a high of more than 1,200 over the weekend. The number has fluctuated dramatically over the past week as more individuals were reported missing or as some initially listed as unaccounted for either turned up alive or were confirmed dead. Buffer lines have been carved around 75 percent of the fire’s perimeter and full containment is expected by the end of the month, according to the California Department of Forestry and Fire Protection. The number of residents needing temporary shelter was unclear but as many as 52,000 people were under evacuation orders at the height of the firestorm last week. The cause of the Camp and Woolsey fires are under investigation but electric utilities reported localized equipment problems around the time both blazes broke out.