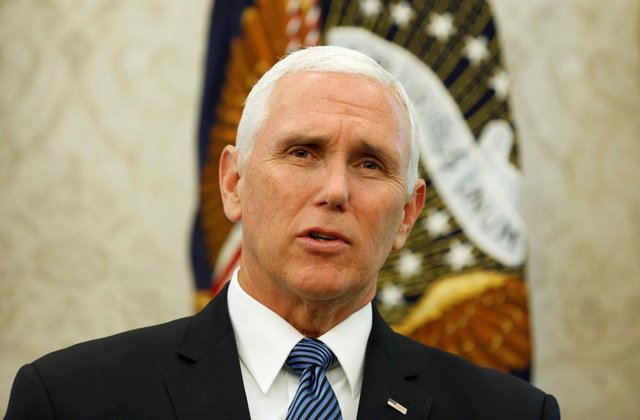 SINGAPORE (Reuters) - Asia-Pacific leaders will join the heads of Southeast Asian states this week in Singapore to renew calls for multilateralism and fresh pledges to resolve regional conflicts ranging from the Rohingya crisis in Myanmar to tensions in the South China Sea. Notably absent when regional powers such as China, Japan and India seek to enlist support for a multilateral trading system will be US President Donald Trump, whose decision to skip the Asia summit has raised questions about his commitment to a regional strategy aimed at checking China’s rise. Vice President Mike Pence will attend instead of Trump, and Chinese Premier Li Keqiang, Russian President Vladimir Putin, Indian Prime Minister Narendra Modi and Japanese Prime Minister Shinzo Abe are among those expected to join leaders from the 10-member Association of Southeast Asian Nations (ASEAN). Li is expected to rally support for the Regional Comprehensive Economic Partnership (RCEP) pact now being negotiated, showcased to be the free trade deal that will encompass more than a third of the world’s GDP. The pact includes 16 countries, including China, India, Japan and South Korea, but not the United States. Trump has demanded trade agreements that are fair and enforceable and based on the principle of reciprocity. He has re-negotiated an existing pact with South Korea and the three-way deal with Mexico and Canada, and pulled out of the Trans-Pacific Partnership (TPP) agreement, which involved four Southeast Asian states. The United States is also in the midst of a bitter trade war with China which has undermined global markets. China is pushing the RCEP deal - Assistant Foreign Minister Chen Xiaodong told reporters on Thursday it “will be of great significance for deepening regional cooperation, coping with unilateralism and protectionism, and promoting an open, inclusive and rules-based international trading system.” However, Li is expected to appeal in Singapore for the need for the world’s two largest economies to work together to resolve trade disputes, reiterating commitment made by Beijing’s top leaders last week for market opening and lowering tariffs. It was not clear if Li and Pence will hold separate talks on the sidelines of the Singapore meetings, which would be a prelude to a summit scheduled between Trump and Chinese President Xi Jinping at the end of the month in Buenos Aires. The encounter, if it happens, would come on the heels of high-level talks in Washington where the two sides aired their main differences but appeared to attempt controlling the damage to relations that has worsened with tit-for-tat tariffs in recent months. Many of the leaders in Singapore will also meet at the Asia-Pacific Economic Cooperation forum in Papua New Guinea next weekend. ASEAN, which will hold its own summit on Tuesday before being joined by other leaders, also faces the challenge of working through sharp differences over the handling of the Rohingya minority by Myanmar whose military has been accused of “genocidal intent” by the United Nations. Leader Aung San Suu Kyi is due to attend the Singapore meetings this week while Malaysian Prime Minister Mahathir Mohamad, attending his first multilateral summit since returning to power in May, has served notice he has lost faith in the Nobel peace laureate over the issue. The Rohingya crisis is one of the biggest man-made disasters involving a member since ASEAN was founded in 1967, and it is one of the thorniest issues yet faced by a group that traditionally works by consensus. Many diplomats and rights activists say ASEAN’s credibility is at risk if it fails to tackle the matter head-on. At the meetings, ASEAN and China will try to make headway in negotiations for a code of conduct for the South China Sea, which Beijing claims almost in its entirety while ASEAN members Vietnam, the Philippines, Malaysia and Brunei claim parts of the area. Taiwan is also a claimant. But an agreement is unlikely to be announced. Also, ASEAN members states may announce the successful conclusion of agreements with Russia and the United States on cooperating on cyber security.