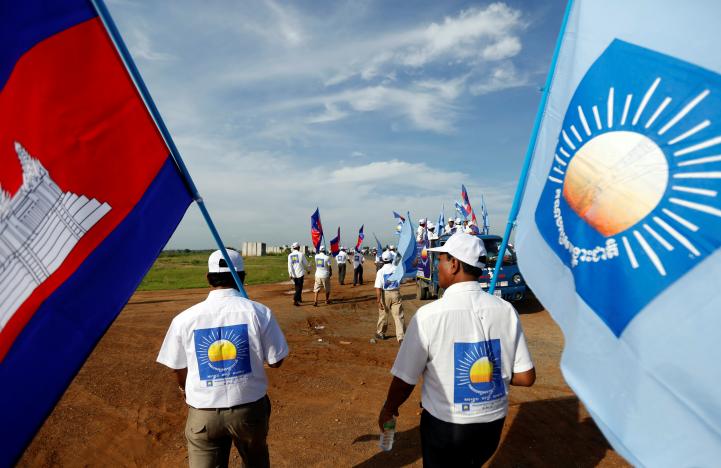 PHNOM PENH –Cambodian parties on Saturday launched campaigns for June 4 local elections against the backdrop of a political crackdown by Prime Minister Hun Sen, who has vowed to stay on after more than three decades in power.

Hun Sen's main rival, opposition leader Kem Sokha, held a rally with tens of thousands of supporters in the capital, Phnom Penh. He promised to fight corruption and give more power to local authorities in the Southeast Asian country.

Thousands of Hun Sen's supporters gathered in another part of the city.

The local elections next month could be a springboard for next year's general election.

Opponents accuse Hun Sen of stepping up political attacks ahead of the elections - stopping demonstrations, detaining activists and threatening journalists. Hun Sen has said that if his party doesn't win there could be civil war in the country devastated by the Khmer Rouge genocide in the 1970s.

Opposition leader Kem Sokha told supporters: "We will lead to victory and be in power in the nearest future."

His supporters who flew flags from motorbikes, tuk tuks and trucks as they headed to other provinces to campaign.

Kem Sokha became leader of the opposition Cambodia National Rescue Party (CNRP) in March after the resignation of Sam Rainsy, who said he was quitting because he feared a government attempt to ban the party.

At the rally for the ruling Cambodian People's Party, city Governor Pa Socheatvong read a statement from Hun Sen, who promised to do better for the people and highlighted the achievements of the party under his rule.

"It took this nation from the dark past and most painful time to a delightful period full of hopes," the message said. –Reuters