Can stocks stay at highs? That depends on earnings 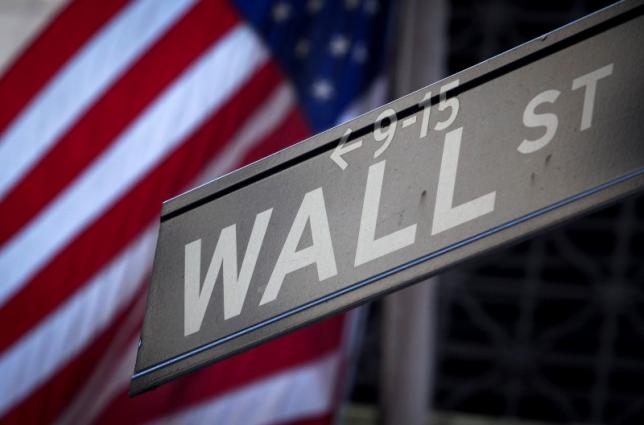 Can stocks stay at highs? That depends on earnings

NEW YORK – After finally eclipsing year-old record highs, the U.S. stock market will be tested again next week, when the onslaught of company earnings could help investors assess the impact of Britain's vote to exit the European Union. Investors were expecting to see evidence of a second-half profit rebound, but U.S. companies are already sounding more cautious, thanks to worries about global economic weakness and renewed dollar strength since the June 23 vote. Market bulls have been hoping stronger profits could spur further gains in stocks this year, or at least keep the gains they've made so far. The recent rally that drove the S&P 500 above its May 2015 records has left the benchmark up 5.8 percent for the year so far. "People are afraid they are going to miss out on performance, so they are chasing. What is left to fuel this market if it's not earnings?" said Andre Bakhos, managing director at Janlyn Capital LLC in Bernardsville, New Jersey. Stocks' rally has been fueled in part by gains in defensive stocks, which suggests some investors are still cautious and opting for dividend payers. Telecommunications and utilities are up about 20 percent so far this year. Several top industrial and exporting companies report next week. Among them are International Business Machines, Schlumberger, Johnson Controls, Johnson & Johnson and others with more sales exposure to Europe than other companies, based on Thomson Reuters data. If some large international companies maintain or even raise their profit forecasts, that could add to bulls' argument that current high prices are warranted. However, companies as diverse as Yum Brands, Delta Air Lines and CSX Corp have started to manage investor expectations because of Brexit fallout. Delta and Yum Brands cited a negative impact from currency, while CSX's CEO expressed concerns about the effect of the strengthening dollar. "The strong dollar is a lot of what's causing a decline in industrial production already," CSX CEO Michael Ward told Reuters. "I'm worried that we just keep getting stronger and stronger against other world currencies." The uncertainty around Brexit's impact could create further headwinds to U.S. manufacturing exports, given a stronger dollar, as well as potentially slowing European demand, said Erik Gershwind, CEO of MSC Industrial Direct Co. Hugh Johnson, chief investment officer of Hugh Johnson Advisors LLC in Albany, said he's not optimistic about a rebound in earnings in the third and fourth quarters. Estimates for third-quarter earnings are falling, and if they fall enough, that would extend the U.S. profit recession that began in last year's third quarter. For the second quarter of 2016, earnings are expected down 4.7 percent from a year ago, while in the third, slim profit growth of 1.5 percent is expected, Thomson Reuters data shows. The third-quarter view is down from a 2.4 percent gain projected by analysts just before the Brexit vote. Also reporting next week are General Electric, eBay, Yahoo, Intel and Honeywell International. Results are expected from a total of 91 S&P 500 companies. –Reuters