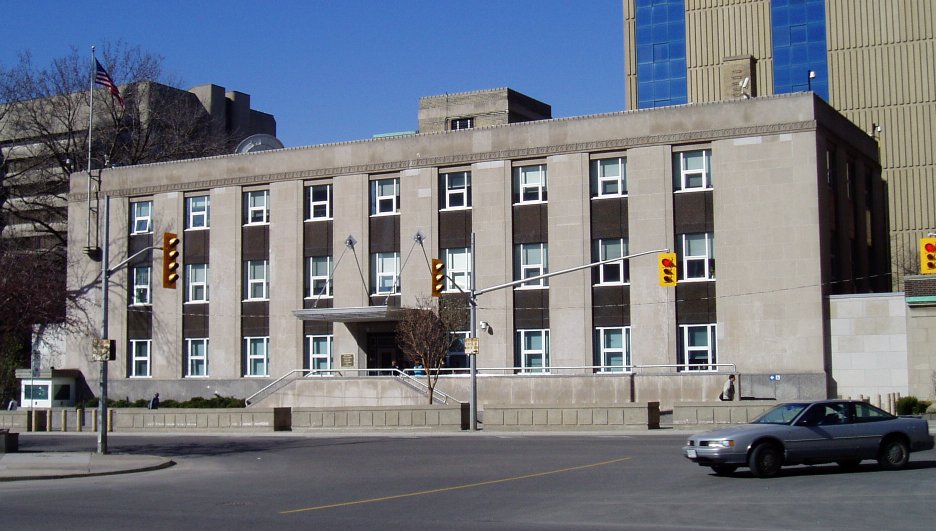 TORONTO (Reuters) – A Pakistani man inspired by Islamic State planned to attack the US consulate in Toronto and other targets in the city's financial district, an immigration review body heard on Wednesday, according to media reports. Jahanzeb Malik was arrested on Monday but has not been charged with any criminal offence, the reports said. Instead, the Canada Border Services Agency (CBSA) is seeking his continued detention until he can be deported. The CBSA said Malik told an undercover police officer he had attended training camps in Libya, and sought to build an explosive device for use in Toronto, the reports said. He also claimed to have been in contact with Anwar al-Awlaki, a US-born spokesman for al Qaeda in the Arabian Peninsula, who was killed in a CIA drone strike in 2011. The accusations have not been proven. The Canadian government is seeking to deport Malik as a security threat and the hearing at the Immigration and Refugee Board on Wednesday was held to determine whether he should be detained during the deportation process, which can take months. Another Pakistani man suspected of militant links, Muhammad Aqeeq Ansari, is being held awaiting possible deportation.