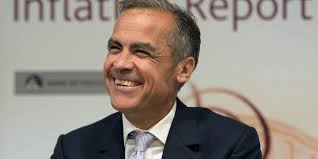 OTTAWA – One of the world's most famous central bank chiefs, Bank of England Governor Mark Carney, briefly became the late American actor Art Carney during a Canadian election debate on Friday. Gilles Duceppe, leader of the separatist Bloc Quebecois party, referred twice to "Art Carney" alluding to corporations sitting on cash piles. It took Liberal leader Justin Trudeau to let him know he must have been speaking about Mark Carney, who used to head the Bank of Canada and now is at the Bank of England. Art Carney co-starred with Jackie Gleason in the comedy "The Honeymooners."  – Reuters