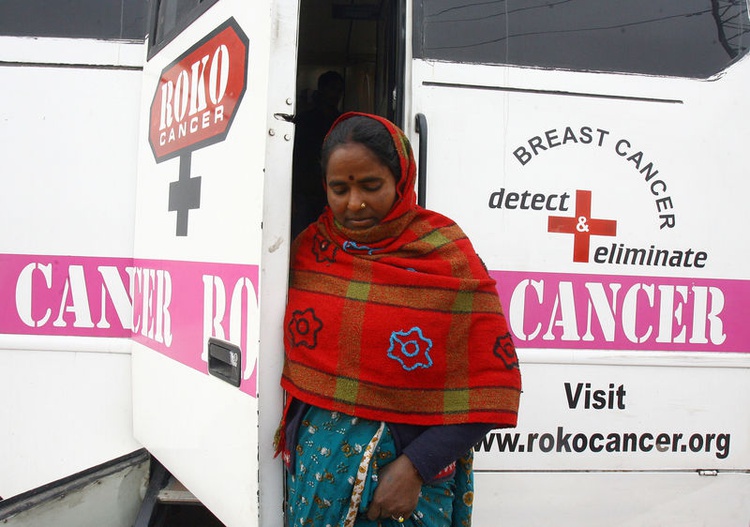 TORONTO (Reuters ) - When it’s unclear whether the potential benefit of breast cancer screening outweighs the possible harms, doctors should encourage women to make an informed decision based on their personal preferences, Canadian doctors recommend. The new guidelines released today by the Canadian Task Force on Preventive Health Care are similar to recommendations released in 2011, researchers note in CMAJ. But the updated recommendations may encourage more women, particularly those under 50, to opt against screening mammograms, said vice-chair of the task force Dr. Ainsley Moore. “The evidence continues to show a close balance between potential benefits and harms of breast cancer screening,” Moore said by email. “This balance appears to be less favorable for younger women.” The goal of mammograms is to detect tumors before they can be felt in a physical breast exam, catching cancer sooner when it’s easier to treat. Ideally, this should mean fewer women are diagnosed when tumors are bigger, rapidly growing, and harder to control. But a growing body of evidence suggests that widespread breast cancer screening may catch more small, slow-growing tumors that are unlikely to be fatal, without curbing the number of cancers that are diagnosed at a late stage. And catching more small, slow-growing tumors may needlessly expose women to invasive follow-up testing and treatments. For the current recommendations, researchers examined the latest evidence on the outcomes from screening mammograms, which are done for women without symptoms and do not include patients who feel a lump in their breast. Among other things, researchers examined 29 studies assessing the value women place on the anticipated benefits and harms from screening. The task force recommends against screening women aged 40 to 49 years but encourages women in this age range who prefer to be screened to discuss this with their doctor. Women in this age group face a higher risk of potential harms from false positives, overdiagnosis and overtreatment compared with other age groups, and the absolute benefit is smaller, researchers note. From age 50 to 74, women should get a screening mammogram every two to three years, the task force recommends. This is also dependent on women’s own values and preferences, and women may choose not to be screened if they are concerned about overdiagnosis. While the task force recommends mammograms, it advises against screening with magnetic resonance imaging, tomosynthesis and ultrasonography in women not at high risk for breast cancer. “The studies of mammography are reassuring in that they suggest that women who start screening after age 50 do not lose much in terms of breast cancer outcomes - that’s why many guidelines don’t recommend beginning until later,” said Dr. Deborah Korenstein of Memorial Sloan Kettering Cancer Center and Weill Cornell Medical College in New York City, who wrote an editorial published with the study. “It’s clear that starting screening later prevents unnecessary tests and treatments,” Korenstein said by email. However, screening younger women does save some lives. When women get screened in their 40s, this saves one life for every 1,700 people screened, Korenstein said. “For some women that small benefit might lead them to want screening despite the potential downsides, which highlights the important of taking personal preferences into account,” Korenstein added.